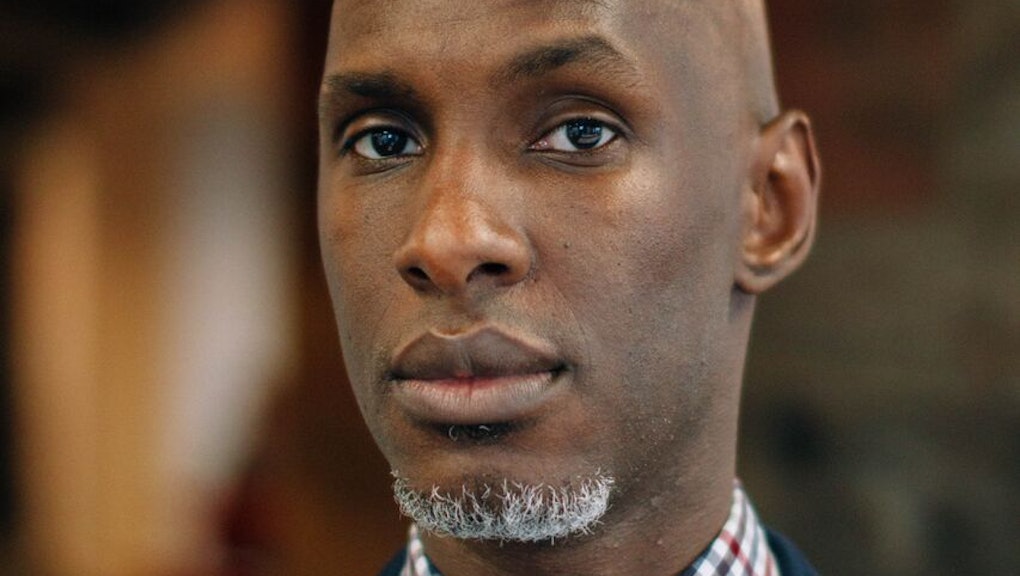 Black History Month: 7 game-changing black entrepreneurs you should know about — but probably don't

From Oprah Winfrey to Magic Johnson, many successful black entrepreneurs are already household names. What's more, black-owned businesses are on the rise: Companies owned by black women, for example, are emerging at a rate six times the national average.

But there's still more work to be done to level the playing field — like increasing access to capital and upping the number of blacks in tech leadership positions.

Now a new wave of trailblazers and shining stars are helping to overcome those challenges by showing how entrepreneurial success can be a reality.

In honor of Black History Month, here's a look at seven up-and-coming black business owners who are killing it. Badasses in their respective industries, they're fueling innovation and working to break down barriers in fields with a desperate need of diversity.

Ayanna Howard designs educational toys for kids of all abilities.

It’s no secret that blacks — and especially black women — are underrepresented in science, technology, engineering and math. That's why tech entrepreneurs like Ayanna Howard are such important role models. Not only is Howard lighting the way for future generations of black girls to pursue STEM careers, she's sprinkling a little #BlackGirlMagic along the way.

A roboticist by training, Howard is also the founder and chief technology officer of Zyrobotics, which makes educational apps for kids with an emphasis on STEM. The company's $160 Zumo Learning System, which it recently showed at the Consumer Electronics Show in Las Vegas, uses a plush turtle to control a 7-inch tablet and play match games that "enable tactile-based learning," the company's website says.

"We gamify science and math," Howard said to Black Enterprise. "We use toys, stuffed animals, stories that show different characters."

Tristan Walker started a grooming company for people of color.

Anyone with curly hair who's ever used a razor is all too familiar with razor bumps, which form when a hair gets stuck inside the follicle and starts growing inward, leaving a bump on the skin.

The company is on a roll: Walker told the San Francisco Chronicle that sales are increasing at a rate of 5%, and he's working on a new line of products just for women, due out later this year.

15-year-old Moziah "Mo" Bridges has his own bow tie business.

Just because you're young doesn't mean you can't become an entrepreneur. Eight out of 10 kids dream of being their own boss, according to a Gallup poll, and Moziah "Mo" Bridges is an awesome example of what it looks like to turn that dream into reality.

When he was 11, Bridges wowed investor Daymond John on season 5 of Shark Tank with his collection of handmade bow ties that he has since turned into a successful business. By 2015, Bridges had grown Mo's Bow Ties into a $200,000 venture with aspirations to expand into clothing.

After outfitting President Barack Obama and NBA players during the 2015 NBA Draft, the sky is the limit Bridges.

Patronizing black-owned businesses is one of the best ways to help them thrive. Tony Lawson and his wife and business partner, Shantrelle Lewis, aim to make this an everyday practice with Shoppe Black, a Philadelphia-based social enterprise that's dedicated to highlighting innovative black-owned businesses, inspiring achievers and influencers.

Since its launch in November 2015, Shoppe Black has featured close to 2,000 entrepreneurs on its website and aims to become the go-to destination for discovering — and supporting — black-owned businesses.

"Shoppe Black connects with readers across the nation and internationally from the United Kingdom and Canada, to Nigeria, South Africa, the Netherlands, Germany and Liberia," Lawson said to Mic.

"We have grown Shoppe Black into a successful business by tapping into a growing global appetite for quality content related to black excellence and entrepreneurs — [and] owe our success to our ability to connect with, educate and inspire consumers, entrepreneurs and aspiring business owners."

Legal marijuana dispensaries are a dime a dozen these days, but there's a special reason why they matter to the black community. Because black people are disproportionately arrested for weed charges even in states where cannabis possession for personal use is legal, Simply Pure, Colorado's first black-owned dispensary, doesn't just sell legal weed — it's also on the forefront of advocating for it as well.

Run by Wanda James, a former Navy lieutenant and political campaign manager, and her husband Scott James, a former Marine and chef, Simply Pure aims to de-stigmatize the use of legal marijuana.

"What really motivated me and my husband to become a part of [the cannabis industry] was meeting my brother in 1999," James tells High Times. "He was arrested for 4.5 ounces, and he got a 10-year prison sentence — of which, for four years, he picked cotton for free in Texas."

"We have massive issues with the people who are arrested that look like us for simple possession," James said to the Atlantic. "So the only way to make those changes is to be able to push a black face out in front — because they can’t make criminals out of these black faces."

Latorie Walker's Aspire Early Learning Academy in South Carolina helps children ages 2 through 5 flourish through a unique approach to early learning and development. Based on the nationally recognized Creative Curriculum, the school incorporates customized lessons in life skills, healthy living and leadership and other areas. The business, which Walker founded in 2013, promotes both school readiness and excellence.

"What makes us different is that we do not set goals based on group planning. We meet each child where they are in their developmental stage and walk them step-by-step to the next level through individualized goals and planning," Walker told KoKoa Magazine.

In addition to running the academy, Walker is a motivational speaker, leadership coach and founder of Aspire Business Connections, which provides coaching and training to businesses and early childhood educators.