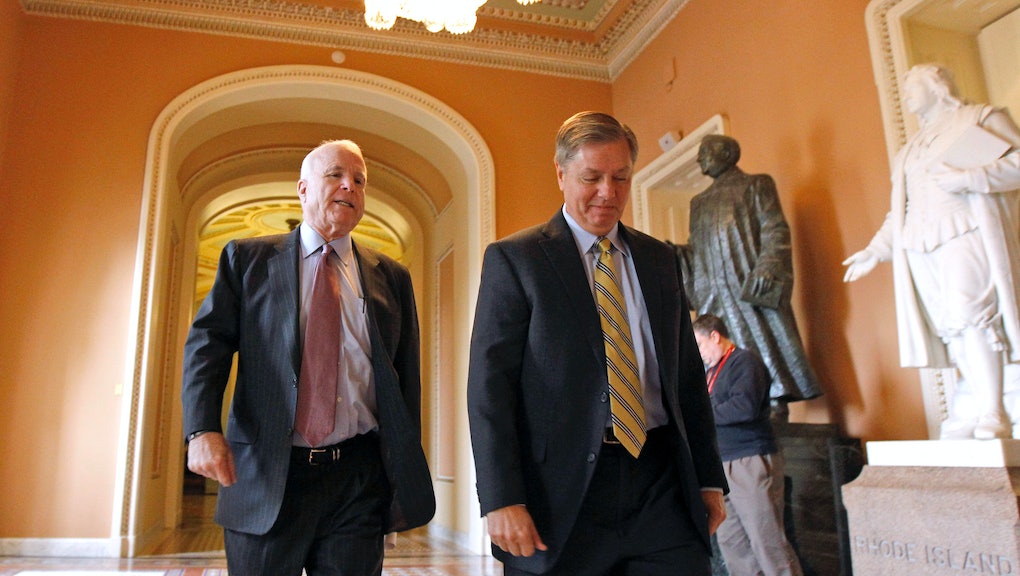 These are the Republican legislators opposed to Trump's refugee executive order

President Donald Trump's xenophobic executive order on immigration is not only hurting families and inspiring large-scale protests, legal challenges and a dissent memo from the State Department — it's also putting him at odds with an increasing number of members of his own party who have criticized the measure.

While many Republicans have expressed concern over Trump's Muslim ban, others — like Sens. John McCain and Lindsey Graham — have explicitly expressed opposition.

As of Tuesday afternoon, these are the Republicans in the House and Senate who have come out against Trump's executive order:

In a joint statement Jan. 29, McCain and Graham said that the executive order was "not properly vetted" and that it may "become a self-inflicted wound in the fight against terrorism."

"Our most important allies in the fight against ISIL are the vast majority of Muslims who reject its apocalyptic ideology of hatred," McCain and Graham said. "This executive order sends a signal, intended or not, that America does not want Muslims coming into our country."

In a series of tweets, Rep. Amash criticized the order as "an extreme approach not consistent with our nation's values."