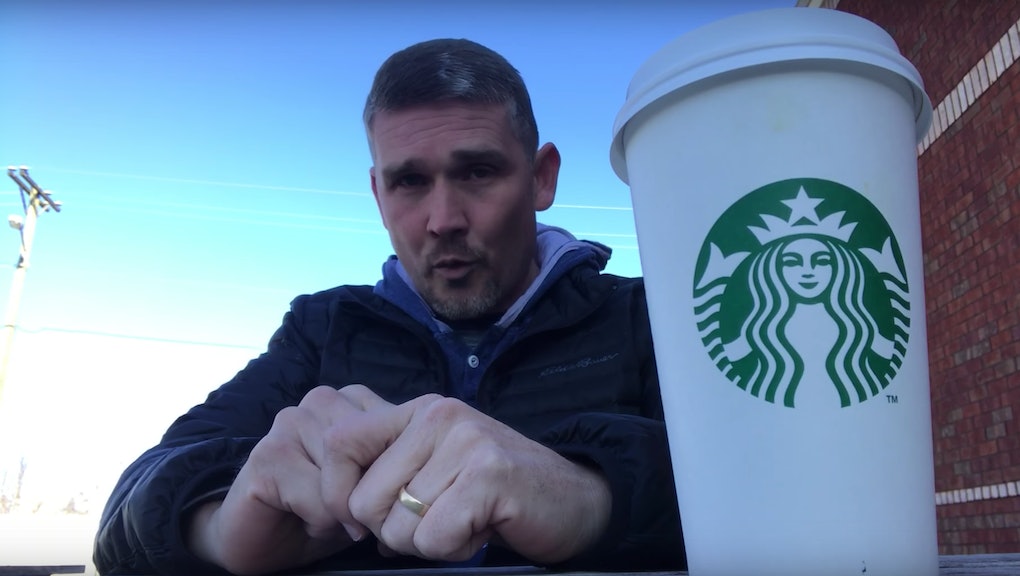 There's a question anyone who sported a rubber bracelet in the 1990s is likely to remember: What would Jesus do? When that question refers to the world's refugees, the answer seems obvious — but maybe not to everyone.

In a YouTube video posted Monday, Greg Locke, lead pastor at Global Vision Bible Church, supported an online campaign to #BoycottStarbucks. The hashtag trended on Twitter following news that Starbucks would hire 10,000 refugees over the next five years.

Like others who called for a boycott of the coffeehouse giant, Locke decried Starbucks for being too political.

"You can hire anybody that you want to," Locke said in the video. "But at the end of the day, what about the homeless epidemic we have in America? Where's your political statement about taking care of the veterans that we have that our system should've already better taken care of? Why not hire some of them? That's the American thing to do."

After excoriating the coffee chain for "sitting back and counting [their] cash," Locke grabs a cup of Dunkin' Donuts coffee hiding behind the Starbucks cup directly in front of the camera.

Locke's rant has more than a few holes. Despite what Fox & Friends may think, Jesus was himself a refugee. The Book of Matthew details how Jesus' father took him to Egypt after being warned of King Herod's intent to destroy him. Herod later ordered the deaths of all boys in Bethlehem under 2 years old.

Rev. Al Sharpton iterated this point in a recent sermon, which caused Fox & Friends to take to the airwaves in response. The show's hosts incorrectly assumed people were talking about the fact that when Jesus was born, his parents were traveling in order to pay taxes.

Not only was Jesus a refugee, he also made clear his stance on feeding the poor and "inviting the stranger in" in the Book of Matthew. Clearly, Locke's vilification is, at the very least, not in line with Christian theology.

All that said, Starbucks is probably looking forward to the idea of a right-wing boycott. The last time conservatives attempted to snub the brand, they did so by flocking to its stores and purchasing its products.

Locke did not immediately respond to Mic's request for comment.