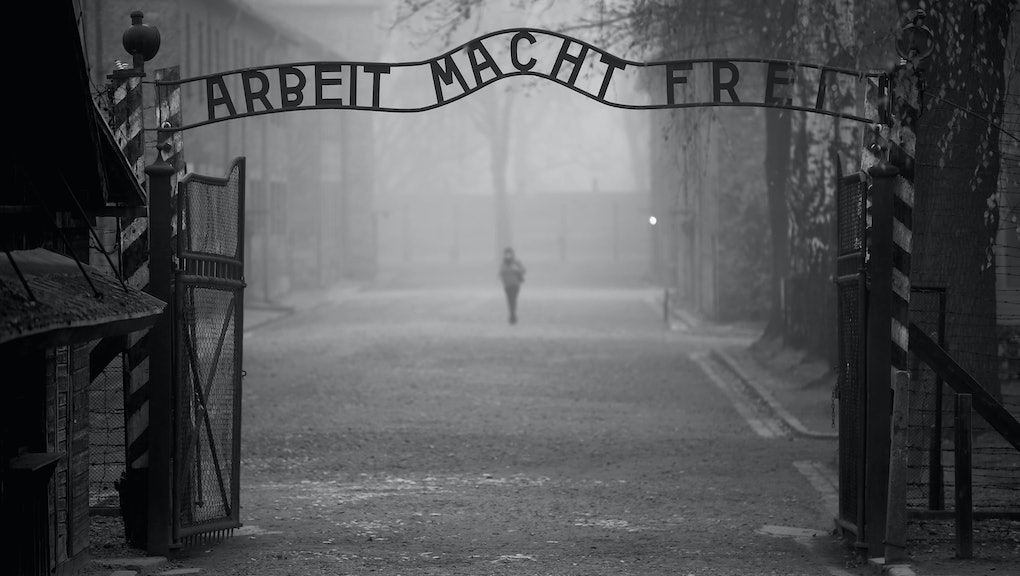 Holocaust Denial in 2017: The continuing effort to erase Jewish plight from history

On Jan. 27, the White House issued a statement to commemorate International Holocaust Remembrance Day, in which it failed to make any mention of Jews, Judaism or the anti-Semitism behind the genocide.

The White House's action sparked a conversation about the history of Holocaust denial, an anti-Semitic propaganda movement that is active in the United States, Canada, and Western Europe. The movement seeks to deny Nazi Germany's mass murder of 6 million Jews during the Second World War.

A history of Holocaust denial

Holocaust denial dates back to the Holocaust itself when Nazi Germany was keeping its systematic slaughter of Jews under wraps.

"The Holocaust was a state secret in Nazi Germany," the U.S. Holocaust Memorial Museum website notes. "The Germans wrote down as little as possible. Most of the killing orders were verbal, particularly at the highest levels."

But, the website explains, there's something far more sinister than a historical debate behind Holocaust denial: "The debate the deniers proffer is more about anti-Semitism and hate politics than it is about history."

In a recent article for the Atlantic, Holocaust expert Deborah Lipstadt says there are two types of Holocaust denial: "softcore" and "hardcore." According to Lipstadt, softcore Holocaust denial is more concerned with minimizing the facts, "arguing that Jews use the Holocaust to draw attention away from criticism of Israel." It also calls for the "de-Judaization" of the Holocaust.

Richard Spencer, a leader of the so-called "alt-right," applauded the White House's "de-Judification" of the Holocaust. He wrote in a post for his website that the Holocaust "is all about the Jews. It is all about their meta-narrative of suffering, and it shall undergird their peculiar position in American society, and theirs alone."

Lipstadt, on the other hand, explains why Holocaust deniers cannot eviscerate the tragedy Jews suffered during World War II:

Had the Germans won, they probably would have eliminated millions of other peoples, including the Roma, homosexuals, dissidents of any kind, and other "useless eaters." But it was only the Jews whose destruction could not wait until after the war. Only in the case of the Jews could war priorities be overridden. Germany was fighting two wars in tandem, a conventional war and a war against the Jews. It lost the first and, for all intents and purposes, nearly won the second.

Lipstadt goes on to explain that "hardcore" Holocaust denial is a complete rejection to the notion that the Holocaust ever happened.

In 2014, the Anti-Defamation League surveyed more than 53,000 people in over 100 countries and found staggering results. At the time, 54% of respondents had heard of the Holocaust, and 32% of them said that the number of people who died had been exaggerated. Of the 74% who had never met a Jewish person, 25% harbored anti-Semitic attitudes. A 2015 update of this survey estimated that 24 million Americans still hold anti-Semitic sentiments, and 20% of those surveyed believe that Jews "still talk too much about what happened to them in the Holocaust."

According to the Holocaust Museum website, the movement has gained a boost from the internet "because of the ease and speed with which such misinformation can be disseminated." Unlike Germany or France, the U.S. does not criminalize the denial of the Holocaust or the propagation of Nazi and anti-Semitic speech, the website reports.