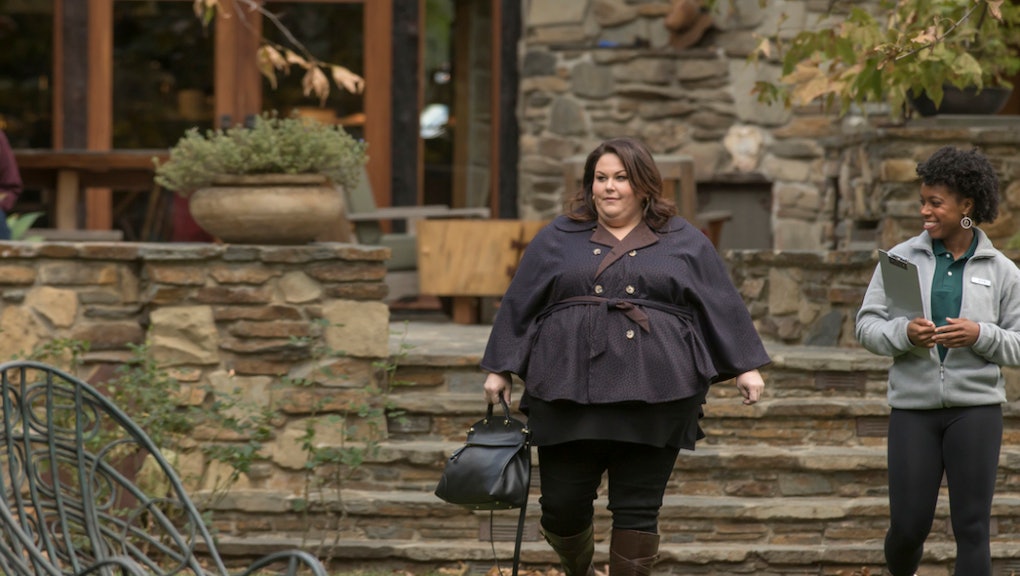 Is 'This Is Us' new tonight? When to watch episode 14

Sorry, This Is Us fans. You're going to have to wait one more week to watch episode 14 of the NBC drama.

While new episodes normally air at 9 p.m. Eastern on Tuesday nights, those that tune in at that time will find themselves watching a repeat of episode nine, titled "The Trip." Episode 14 will air the following week on Tuesday, Feb. 7.

According to a synopsis from TV Guide, episode 14, titled "I Call Marriage," will further explore Jack and Rebecca's marriage. While viewers got a look at Jack's funeral in an episode 13 flashback, we still don't know how he died, or how Rebecca ended up married to his best friend, Miguel. At least one of those answers may be revealed in episode 14. The synopsis teases that "Miguel and Shelly break some devastating news to Jack and Rebecca, which makes them worry about their own relationship."

Viewers will also learn more about Kevin's romantic history after he dropped the marriage bombshell last week. While he had been torn between dating Sloane and Olivia, it was revealed in episode 13 that he actually has another woman in his heart — his ex-wife, Sophie. When did they get married? And why did they split? The episode description says that Kevin will examine "his romantic past."

Finally, Kate will face another hurdle when Toby "throws a wrench" in her weight-loss journey. Meanwhile, Randall will struggle to "accept his father's deteriorating health."

Watch the episode 14 promo video below.

Mic has ongoing coverage of This Is Us. Please follow our main This Is Us hub here.