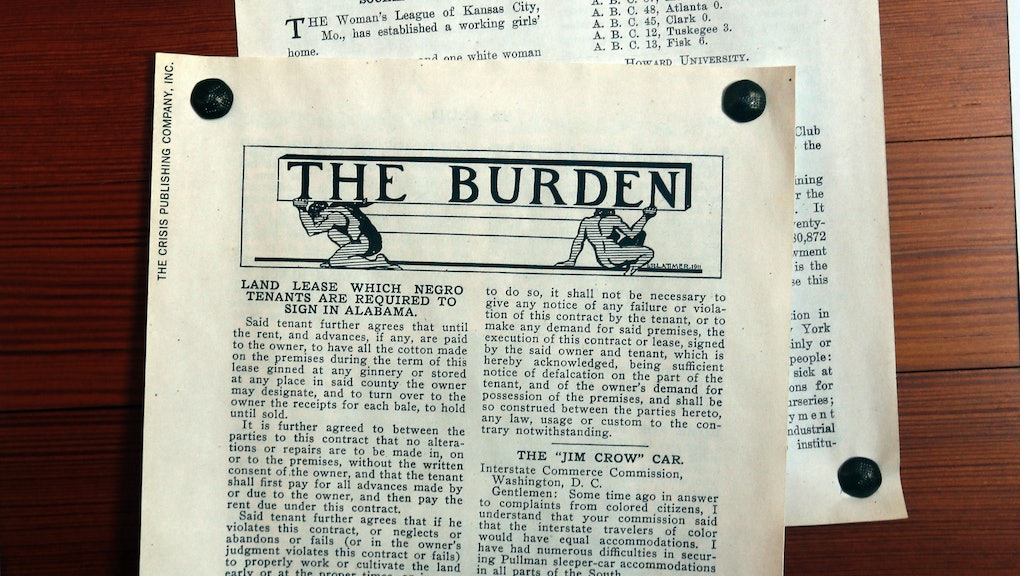 Black History Month has been around since 1926, when it was called Negro History Week. Many more things have changed between now and then about the way we celebrate and why.

According to the Atlantic, historian and author Carter G. Woodson's doctoral thesis holds the origins of Black History Month and the many important facets of the organization that surrounds it. When Woodson was studying to get his doctorate from Harvard, he felt frustrated by the lack of black history being taught in schools.

According to the NAACP, Carter founded Negro History Week in 1926, which was the precursor to Black History Month. The point of the celebration, as well as Woodson's organization the Association for the Study of Negro Life and History (later renamed the Association for the Study of African-American Life and History), was to encourage black people to take pride in their heritage and for others to understand and support this.

During the 1920s when Black History Month was still a week — and still very new — the demand for more information about black history became strong, and the ASALH attempted to meet it. One of the first changes they made was to create a theme for each year's celebration, a tradition we continue to hold up today. This year's theme is The Crisis in Black Education.

One of the original goals of the ASALH was to help people in the black community learn more about their heritage and history, specifically black children in schools. In order to further this cause, they made posters and teaching materials, which became especially important to black teachers and students in the South. During the 1940s and into the 1960s, teachers wanted to help students understand their place in the larger black community, and the ASALH's celebrations and materials were a part of this.

A bulletin for black history

According to Biography, one of Woodson's other achievements was creating the Negro History Bulletin in 1937. It was mainly to help black students learn more about their heritage and history as well as to be a teaching tool for schoolteachers. Now called the Black History Bulletin, it can still be found on the ASALH's website.

Because celebration of black history became so popular and the demand for more material became so great, Woodson lectured about his concern over charlatans who were hoping to make quick money off the concept. This was especially an issue during the 1930s, according to the ASALH, as publishing companies were trying to create their own materials on black history extremely quickly and with little to no real information while other individuals would offer themselves as speakers on the subject without being truly knowledgable.

A week becomes a month

Eventually, what was known as Black History Week became a month, although this didn't happen until decades after the celebration was introduced. As reported by Time, students on college campuses began transforming the week into a monthlong event during the 1960s. This was directly part of the events of the civil rights movement, in which many college-aged individuals were highly involved.

As stated by the ASALH's website, college students in the 1960s not only shifted the celebration from a week to a month, but they also created a name change. Young black men and women on college campuses were becoming more connected with their African roots at this time, and as a result, they asked the ASALH to create some changes to the event that better reflected the times. One of these changes was to refer to the celebration as Black History Month.

Eventually, mayors in different cities began to adopt Black History Month as a municipal celebration, according to Time. Early on, some progressive cities like Syracuse celebrated National Brotherhood Week, and cities with large black populations also acknowledged the celebration, according to the ASALH. However, during the 1960s, more local governments got involved.

In 1975, President Gerald Ford said, "It is most appropriate that Americans set aside a week to recognize the important contribution made to our nation's life and culture by our black citizens." He went on the urge the American people to "be mindful of the valuable message conveyed to us during the celebration." Then, in 1976, the same year as the American bicentennial, Ford decreed that Black History Month become a national observance.

People have called for Black History Month to be reexamined

Over time, many people in the African-American community have actually spoken out against Black History Month, including actor Morgan Freeman who has said, "You're going to relegate my history to a month?" Most recently, Leslie Jones discussed her own views on the controversy in a sketch on Saturday Night Live.

In fact, Woodson himself even believed the idea of trying to compartmentalize the entirety of black history into a limited period was inherently problematic. According to the ASALH, Woodson spoke about his desire for a shift from Black History Month to Black History Year.

One of the more recent changes to the concept of Black History Month is the belief that it should focus not solely on the past but on the future. According to NBC 9News, author and speaker Chet W. Sisk is pushing for schools and students to consider both the past and the future during Black History Month.

"During Black History Month, we'll talk about Frederick Douglass, Martin Luther King," he said. "But the real key is are we developing levels of vision? Who are we going forward?"

TV Network FUSE is also embracing this concept, using the hashtag #FutureBlackHistory and promising to "spotlight musicians, actors, writers, athletes and more" throughout the month of February who are "creating history before our eyes."