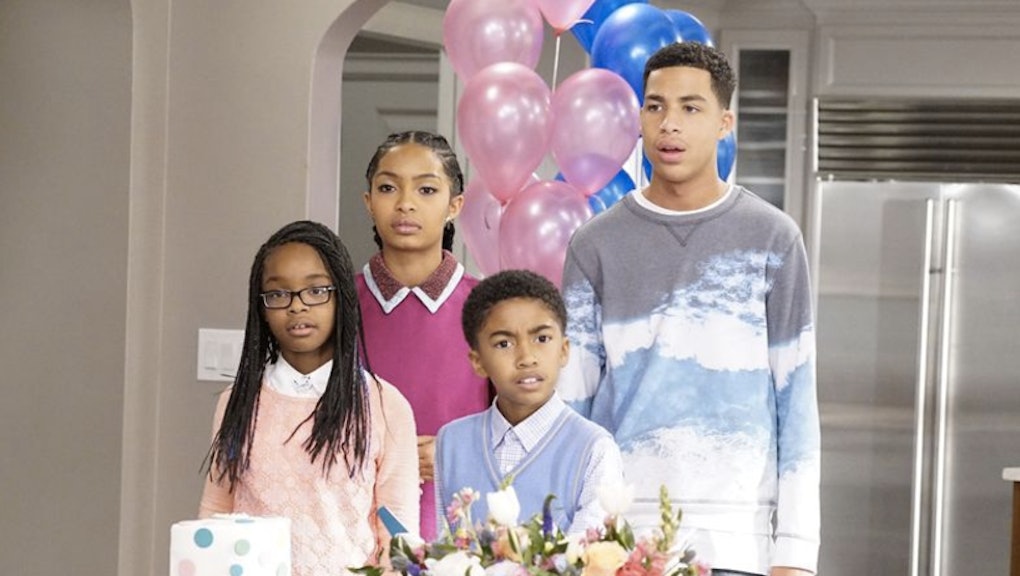 Is 'Black-ish' new tonight? When to watch season 3, episode 14

Looks like Black-ish fans will have to wait just one more week for a new episode of the hit ABC comedy.

The show airs at 9:30 p.m. Eastern on Wednesday nights, but there is no new episode this week. Instead, there will be a repeat of episode 13, titled "God." The Golden Globe winning show will return on Feb. 8 and air episode 14, titled "The Name Game."

According to TV Guide, we're in for an exciting episode with the Johnsons. In "The Name Game," Dre and Bow decide to throw a gender reveal party for their baby. This party is particularly exciting for Dre because it's his turn to pick the name of the baby and so he chooses a culturally significant one. Unfortunately, both Bow and Ruby aren't big fans of it.

This also happens to be the show's Valentine's Day episode, which has Zoey trying to plan an anti-Valentine's Day celebration with her friend. But things don't go as planned when Junior asks Zoey's friend out on a date, creating an awkward situation for everyone.