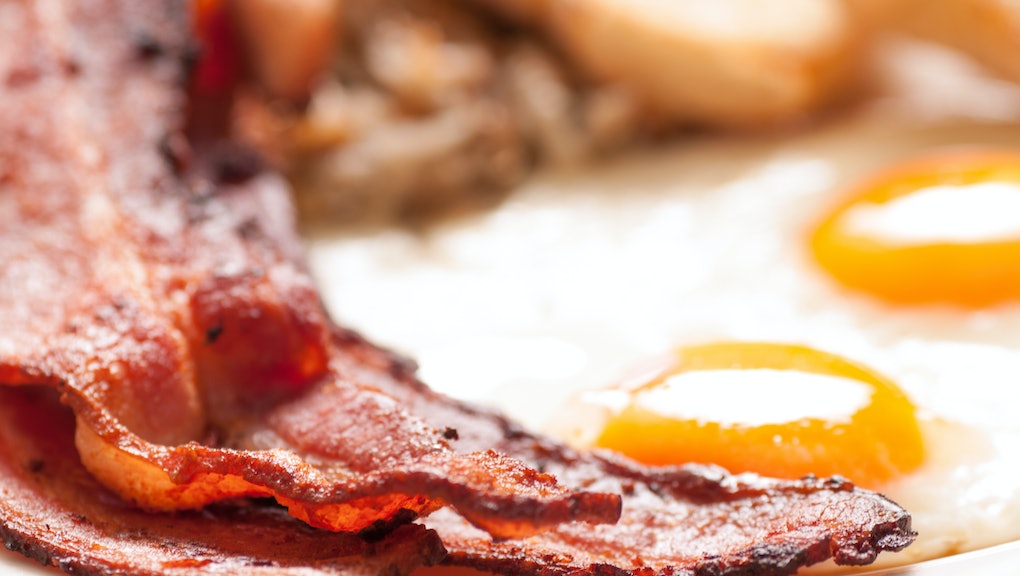 We're running low on bacon reserves. More broadly, we're running out of frozen pork reserves, which is very often where bacon comes from.

"Last month was the lowest level of inventory since 1957," Emily Bir, director of communications at the Ohio Pork Council, told Mic. "It's interesting because we are producing record amounts of pork, but yet the inventory is still running low."

As a result, wholesale pork belly products increased by 20% in January, according to the OPC. So far, however, that shortage has yet to translate into a price increase at the supermarket. A pound of sliced bacon cost about $5.10 in December 2016, down from $5.73 in December 2015, according to Bureau of Labor Department statistics.

Americans are nuts about pork. According to the USDA Economic Research Service, we consumed about 50 pounds of it per person in 2016 – a figure that is expected to increase to about 52 pounds by 2017. The U.S. is also the third largest producer of the “white” meat — just behind China and the European Union — with 24.5 billion pounds produced here in 2015.

We're also big exporters with more than 20% of what we raise going to other countries. In November alone, the U.S. exported a record-breaking 510 million pounds, according to the USDA.

But don't worry too much. The pork industry is ramping up production to satisfy our pork carvings, with pork production expected to increase by more than 5% in 2017.  "The pork industry has no plans to slow down," Bir said. "The point to make here is there will be no shortage. Bacon comes from pork belly but consumers aren't going to have a hard time finding it in the store."