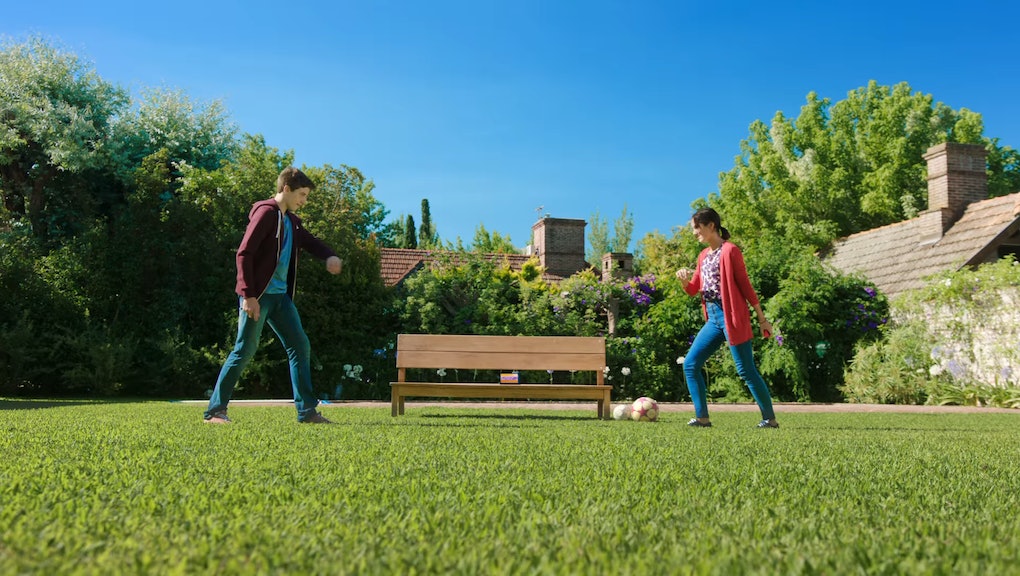 As the Atlanta Falcons prepare to possibly break the hearts of their fans once again against the New England Patriots in Super Bowl LI, the rest of America that doesn't care about football is gearing up another classic tradition: Super Bowl commercials.

The pompous, expensively produced advertisements tend to be released beforehand these days, which is exactly what Nintendo has done with its commercial for the Nintendo Switch — a new console-handheld hybrid to be released on March 3.

First, let's watch the full ad, which is set to "Believer" by Imagine Dragons.

It strikes a similar chord to previous Switch marketing, as diverse groups of millennials enjoy the newfound portability of their console games in increasingly outlandish scenarios — on a toilet, for example. The two people who set their Switch down on a park bench and play 1-2-Switch instead of enjoying nature are by far the most detached from reality.

That part is fine, as it's important from a marketing perspective to showcase the absolute limits of what your product can do. What isn't fine is the music choice. Imagine Dragons makes turgid songs that only work in trailers for movies based on dystopian young adult novels. The song makes a bit of sense from a lyrical perspective, but tonally, it's hilariously dissonant with what's happening on-screen.

The point is that nobody has ever looked that excited while listening to Imagine Dragons.

Check out more details on the Nintendo Switch, including information on the console's price, release date, pre-orders and battery life. If you're interested in the Nintendo Switch's games, here's info on the new Super Mario Odyssey game, Legend of Zelda: Breath of the Wild, Splatoon 2, Xenoblade Chronicles 2, 1-2-Switch and the goofy boxing game Arms.