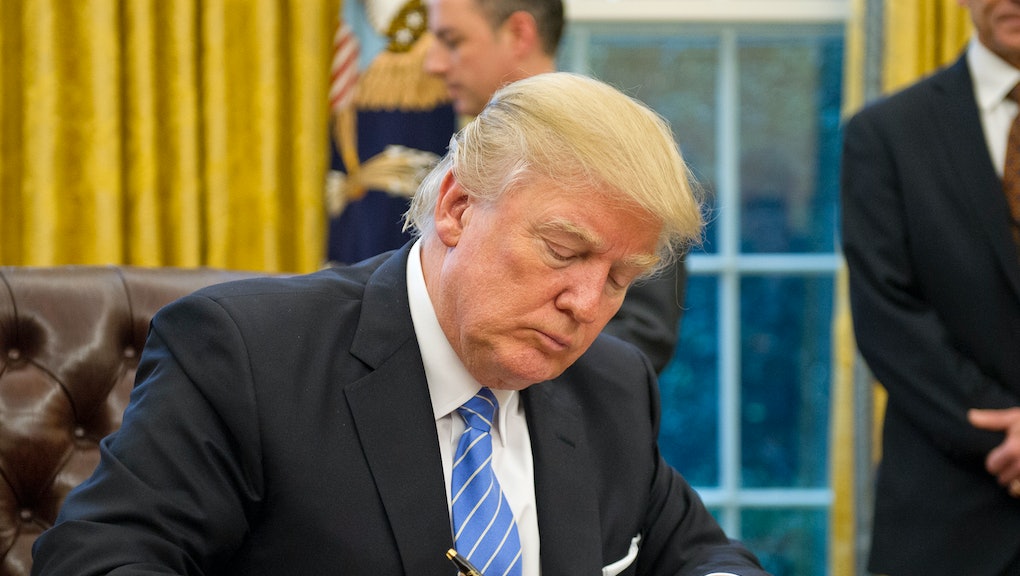 Can an executive order be vetoed? Yes, but it rarely happens.

In the first week of his term, President Donald Trump signed a number of executive orders, most notably one which restricted entrance to the United States for refugees and immigrants from a number of Muslim-majority countries. This executive order has sparked massive protests around the country, and left many wondering if there is anything that can be done to overturn these executive orders.

Congress has the right

Congress can technically pass a law overriding an executive order, Quartz reports. The problem is, like all laws, it would go to Trump’s desk for his signature or veto. Assuming he vetoes it, Congress would have to muster a two-thirds majority to override that veto. Given that Congress is overwhelmingly Republican right now, the chances of either of those two things happening are slim to none.

History suggests they don't exercise it

Historically speaking, it is extremely rare for Congress to override an executive order. Only 4% of executive orders have ever been superseded by Congress, according to one study.

The courts could also declare an executive order to be unconstitutional, but that is also rare. Quartz notes that in 83% of challenges to presidential action, the courts have ruled against the complainants.