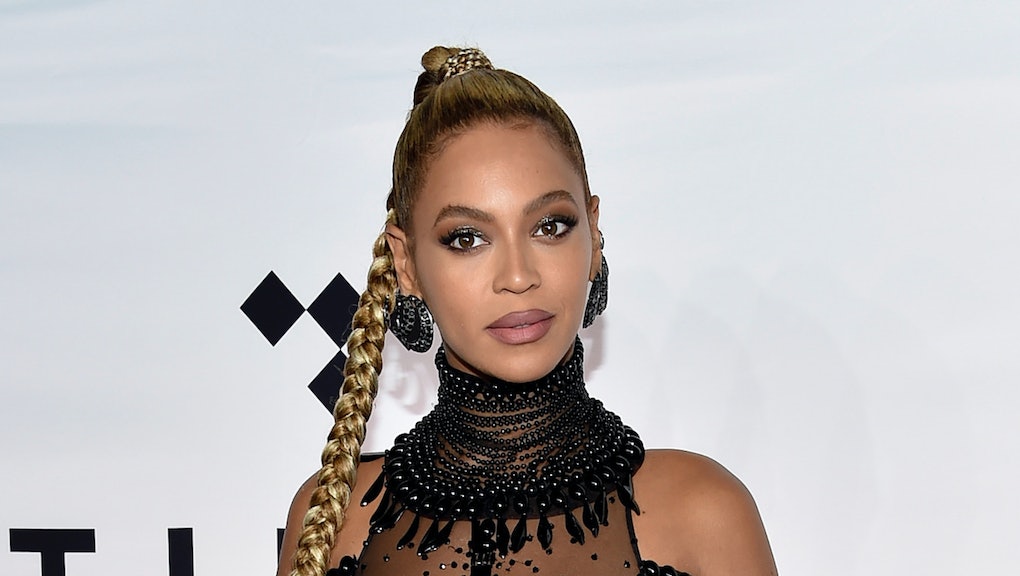 Just minutes after Beyoncé announced she was pregnant with twins in an Instagram photo baring her baby bump in front of a colorful floral arrangement, Twitter exploded with reactions that showed joy — while others speculated whether the news was even real.

This is not the first time Beyoncé critics accused her of lying about a pregnancy, many pointing to a 2012 video of Bey's tummy appearing to deflate as she sat down during an interview as proof. She put the rumors to rest that she used a surrogate mother to deliver her first born daughter, Blue Ivy, during her HBO film Life Is But a Dream.

Bey called the speculation, “A stupid rumor, the most ridiculous rumor I’ve ever had about me ... To think that I would be that vain …”

Here are some of those tweets questioning the authenticity of her pregnancy below: