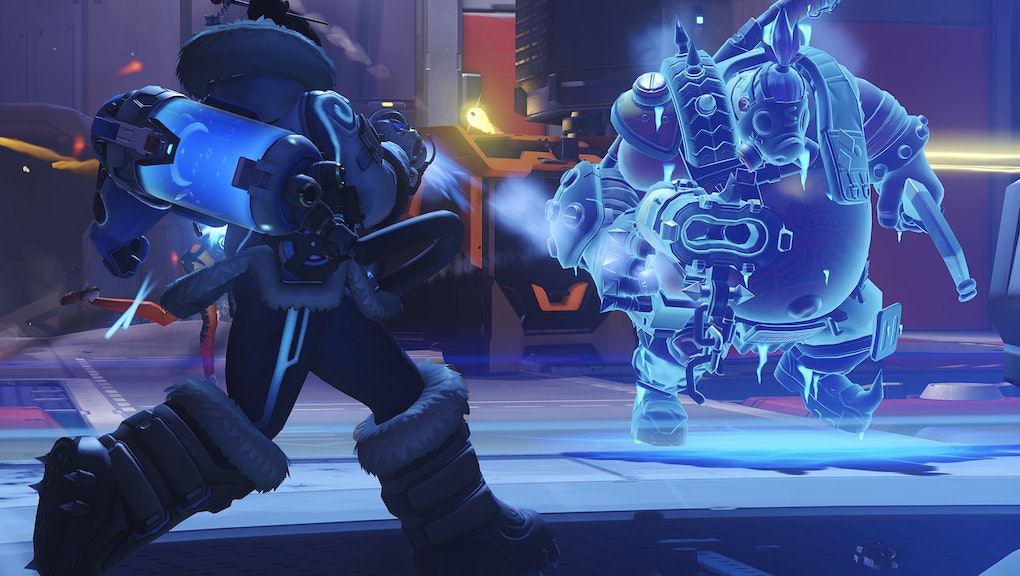 Overwatch itself is a fabulous game, but what really brings it to another level is its incredibly vibrant community. The Overwatch subreddit is where that community thrives most, where players share in-game highlights both inspiring and hilarious.

One of the subreddit's best and newest memes is one in which several players team up against an enemy and toy with them, like a pack of vicious lions cornering a weak antelope.

This seems to have started with a GIF posted by Reddit user Thuglos called "It's not about the ultimates ... It's about sending a message."

In the clip, you can see Ana knock out an enemy Winston with a sleep dart. McCree then uses his ultimate — which, by the way, could easily take out an entire team — on that one target, slowly walking toward him as it charges up. Then, Ana uses her ultimate on McCree, causing him to surge with even more strength. McCree pulls off a slick, wholly unnecessary 360-degree turn before finally finishing off poor Winston.

Well, in a kind of "do it for the Vine" escalation of increasingly absurd scenarios, someone else saw this GIF as a challenge to take things to the next level. A few days later, subreddit user axeupon posted a GIF called "The game has been changed. The stakes have been raised."

In this even more absurd clip, Reinhardt uses his ultimate on an enemy Hanzo, whom Mei then freezes as he's getting up. Then, Ana uses her sleep dart and hits McCree with her Nano Boost as he activates Deadeye. He turns around not once, but three times before finally finishing off Hanzo. If you're keeping count, that's four characters and three ultimates to finish off a single enemy. Poor guy.

It's only a matter of time before the stakes are raised even higher. Ball's in your court, Overwatch fandom.

For more on Overwatch, check out the rest of what Mic has to offer. Here is an interview with the creator of an awesome new Overwatch zine, the latest developer update where Overwatch director Jeff Kaplan explains the new Capture the Rooster mode, the full patch notes for Overwatch version 2.03, a full explanation of the different types of health in Overwatch, the latest rumor of a Terry Crews-voiced Overwatch character, our definitive ranking of every Overwatch hero, a roundup of awesome gender-bent Overwatch cosplay and a giant Overwatch FAQ for beginners.