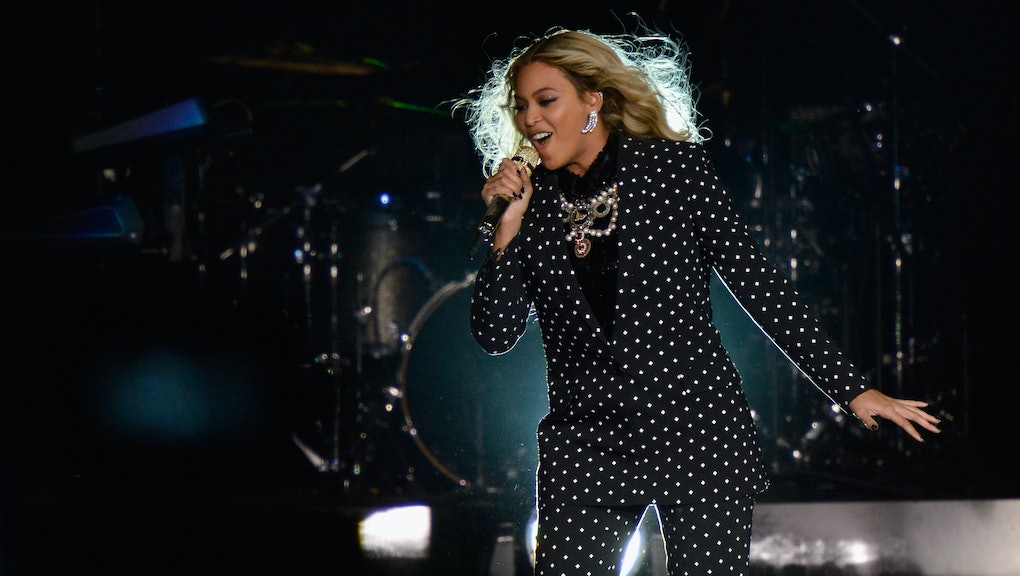 The official Twitter account of the Atlanta Police Department posted, then deleted, a bizarre comment upon learning of the news pop megastar Beyoncé is pregnant with twins on Wednesday.

"#Beyoncé may have everyone wanting to celebrate her pregnancy, but remember no celebratory gunfire! Stay safe, Atlanta!" the department tweeted a warning that seemed to have racial undertones.

Moments later, the post was no longer accessible, though the Daily Beast's Erin Gloria Ryan captured a screenshot.

It would seem Atlanta PD isn't a card carrying member of the Beyhive. Last May, an officer was caught on camera arresting a man for singing a line from "Formation" too loudly.