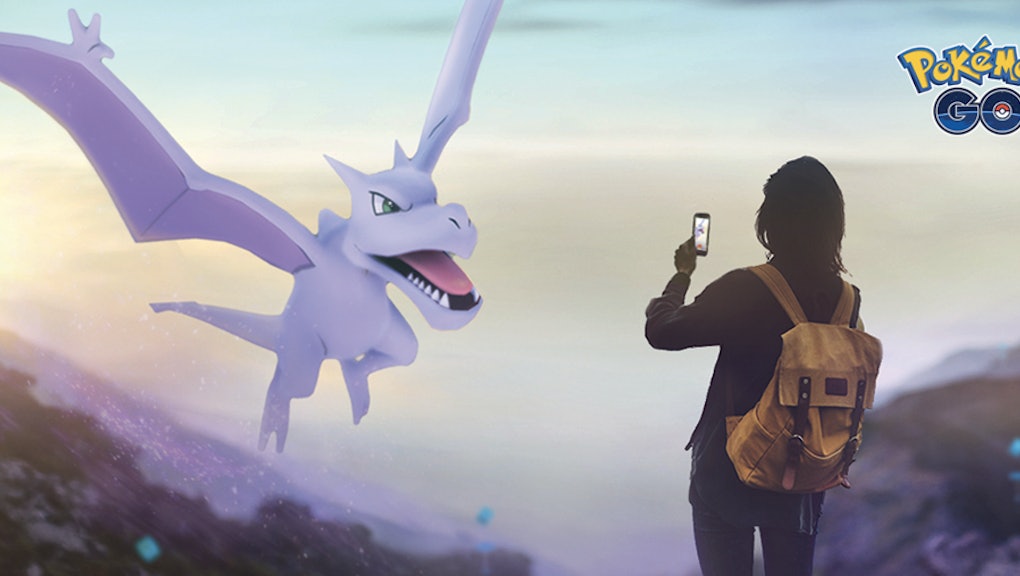 Pokémon Go events are an exciting time to play the game, and the upcoming Adventure Week update looks to bring more excitement with the inclusion of rare rock-types like Omanyte, Kabuto and Aerodactyl. However, you shouldn't let Aerodactyl blind you to two other swell rock-types, Corsola and Magcargo as well. The event starts at 4 p.m. Eastern Time on Thursday, May 18, according to the official Pokémon Go post, so you've got some time to prepare.

If you're wondering how to best use your time prepping for the Pokémon Go event's start, we've got some ideas for you.

According to the press release about Adventure Week, your buddy Pokémon will find candies four times as fast as they normally would for the entire duration of the event. There's seriously no wrong way to use this, whether you're finally trying to bring your Larvitar up to full power or, like us, still grinding out those 400 Magikarp candies to turn your golden Magikarp into a red Gyarados.

It's a great opportunity to fill out your Pokédex with candy-heavy three-step evolutions, like the Gen 1 and 2 starters, or powerful gym Pokémon like Dragonite. So it might not be a bad idea to make a list of the Pokémon you'd like to evolve and see how many candies you'll need in order to do so before the event start. That way you can make the most efficient use of this pre-event period.

Normally in video games, it's a terrible idea to throw away items because you never know when you might need them. This is not the case in Pokémon Go, especially if you live in an urban area with a lot of PokéStops. Chances are your inventory is gunked up with a lot items you don't use.

With that in mind, now's a good time to start pre-clearing your inventory, since Adventure Week has promised additional items from PokéStops. That means (hopefully) more Pinap Berries, which increase the amount of candy you receive from catching wild Pokémon. More candies mean less Pokémon you have to catch in order to evolve them and fill out your Pokédex, which is great for 50-candy Pokémon like Kabuto and Omanyte, who just happen to have increased spawns this week!

Although everyone is going to be out hunting for Aerodactyl, make sure you don't sleep on more common rock-types like Geodude and Onix. Geodude's final form Golem will take you 125 candies to reach, so Adventure Week is going to be a great time to make a dent in that considerable investment with his increased spawns.

Additionally, Onix's evolved form requires 50 candies and a Metal Coat item. So the increased items at PokéStops might see fit to give you the rare evolutionary item, and Pinap Berries will help cut down on the actual number of the rock snake Pokémon you'll need to catch.