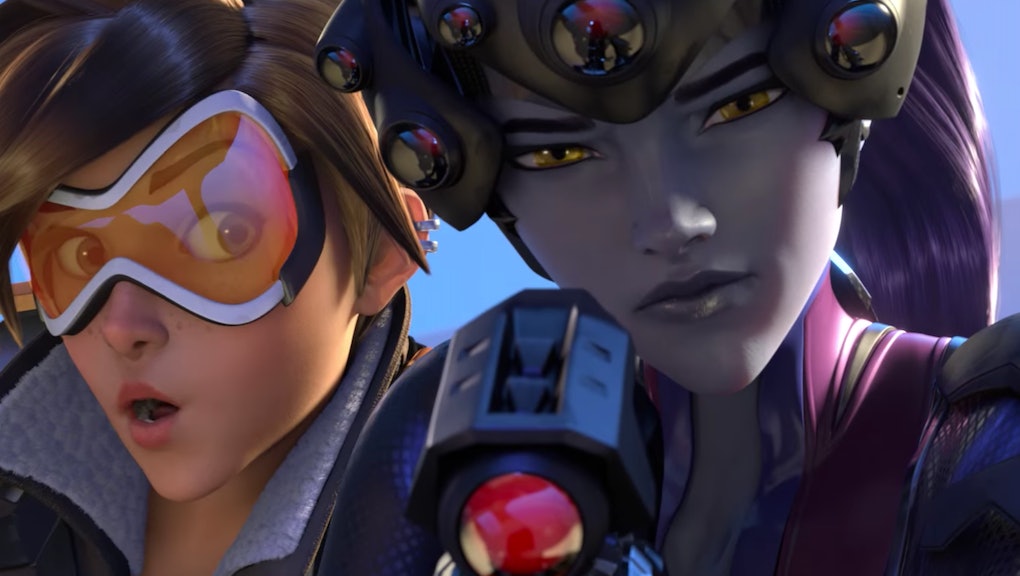 Blizzard has confirmed Overwatch isn't getting an official Valentine's Day event, but that hasn't stopped the artistically inclined members of the Overwatch fandom from taking things into their own hands.

The Overwatch fandom, in particular, is known for its amazing fan creations, but these valentines are unique in that you can actually send them to the Overwatch fan in your life who you're crushin' on. Just, uh, don't come knocking on our door if these terrible puns don't seal the deal.

Overwatch Valentine's Day Cards: The best fan art from around the web

Here are a few inspired by the "Reflections" comic in which Blizzard revealed Tracer is in a same-sex relationship with a woman named Emily. For example, you might need to break someone's heart who hasn't heard the news that you play for the other team yet.

And once you're done fighting off the straights, maybe you'll finally be ready to confess your love to a lovely lady in your life. This card should do the trick.

If you need something more calming, don't worry. The peaceful Omnic monk Zenyatta should fit the bill.

If you need something not so wholesome we've also got you covered. The chaotic Timon and Pumbaa-esque dynamic between Junkrat and Roadhog is perfect for that person in your life who makes you feel like you can really let loose.

The Overwatch Twitter account got in on the Valentine's Day action, too. It's been tweeting some cute character art at its followers.

And, finally, let's close out with the classic "roses are red" formula. With an Overwatch twist, of course.