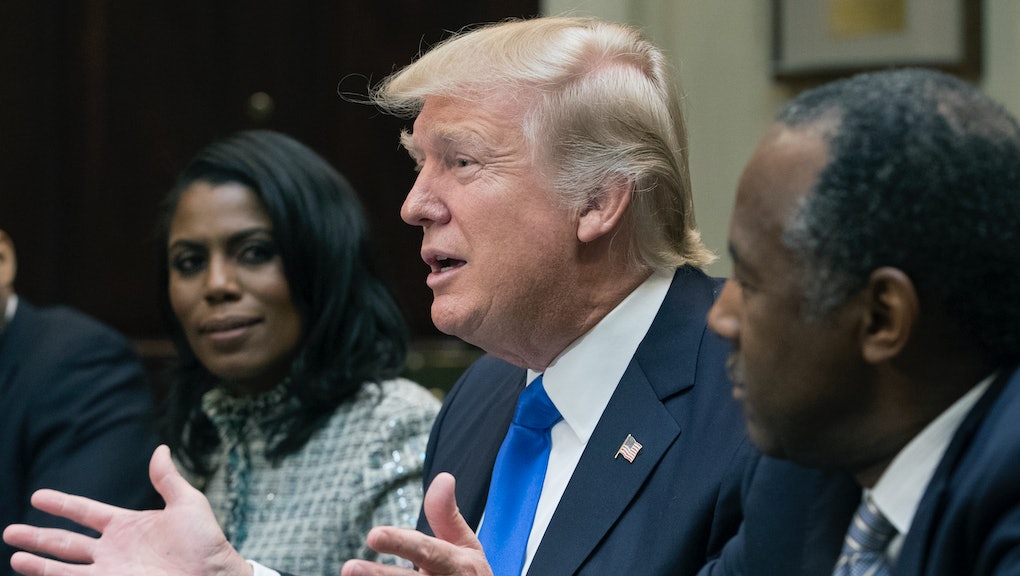 Donald Trump's doctor finally reveals the secret behind that hair

In an interview with the New York Times, Trump's longtime physician Dr. Harold N. Bornstein admitted that alongside medications for the skin condition rosacea and statins for high cholesterol, the president takes medication including a "prostate-related drug to promote hair growth."

The drug, finasteride, is marketed as a treatment for male pattern baldness under the brand name Propecia. Dr. Bornstein, who proclaimed Trump would be the healthiest president in history in a letter written in just five minutes as a limousine sent by the then-candidate to his office idled outside, told the Times he also took the drug and "credited it for helping maintain his own shoulder-length hair and Mr. Trump's hair."

While Dr. Bornstein's revelation may be the closest the curious public will ever get to a definitive medical opinion on whether the hair is real, just how that hair gets shaped into its disquieting non-Euclidean configuration may be fundamentally unknowable.