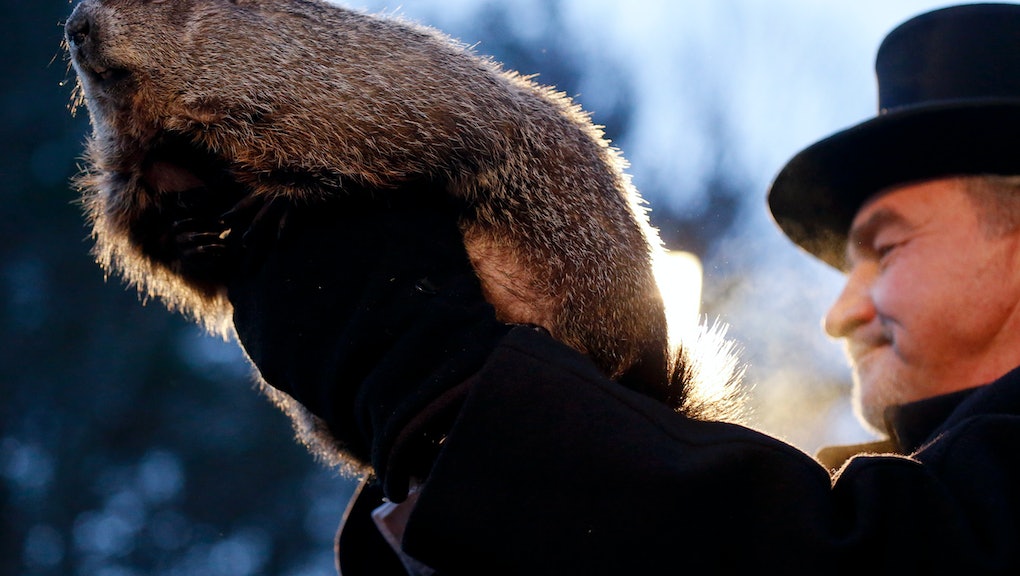 Groundhog Day 2017: How Twitter is reacting to Punxsutawney Phil's prediction

Based on a tradition going back over a century, groundhog Punxsutawney Phil wakes up on Feb. 2 every year. He leaves his burrow and if he sees his shadow and hides back in his home, it means we're in for six more weeks of winter. If he doesn't, well, springtime comes extra early!

The weather-determining ceremony takes place on Gobbler's Knob hill in Punxsutawney, Pennsylvania. Phil made his decision at 7:25 a.m. Eastern, and it looks like reactions to his forecast on Twitter are being made political.

Regardless of whether or not Phil's prediction is true, it appears the internet has had no trouble relating his decision-making skills to our current political climate.