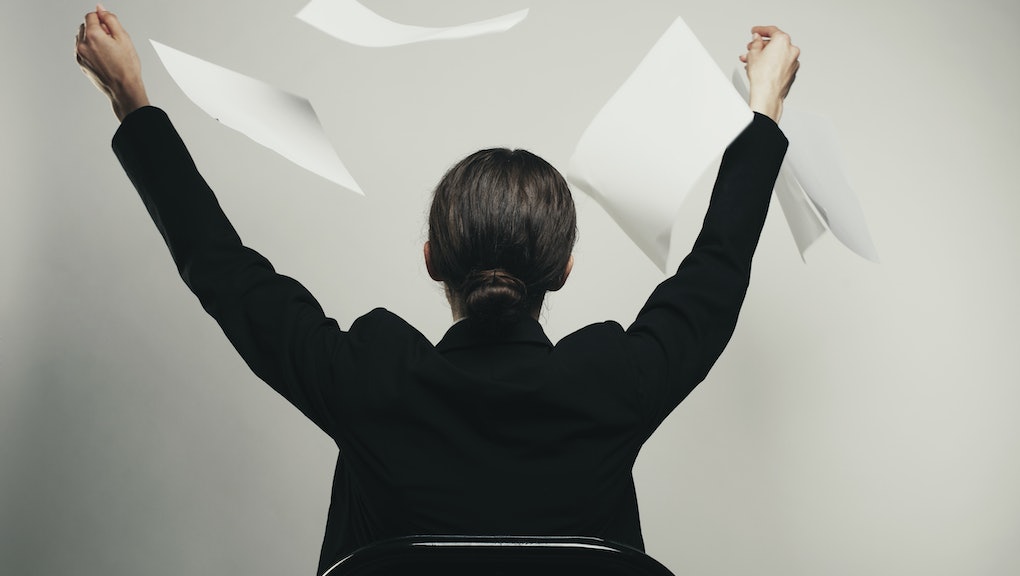 This is the maximum number of hours you should work each week to be healthy, according to science

The average U.S. work week of 47 hours could be harmful to mental health— especially for women, at least according to a new report from researchers in Australia who studied the effects of long hours in the office.

That's because after 39 hours of weekly work mental health starts to decline, the researchers found after analyzing responses from about 8,000 workers in a survey of household income labor dynamics.

These effects are particularly harmful for women, who tend to have more responsibilities occupying their time outside of work, the authors found.

For that reason, the authors suggest a healthier work week might look different for men and women: 43.5 hours for male workers and 38 hours for female ones, at least until men start to chip in a little more on chores and childcare. The researchers called this phenomenon the "hour-glass ceiling."

In order to arrive at their findings, researchers asked respondents a series of questions meant to detect symptoms of nervousness and depression, as well as others measuring feelings of happiness and contentment.

They then controlled for other factors, including ethnicity, household income, family status and other health variables like smoking.

And what they found was essentially an inverted U shape: People who didn't work enough also got lower mental health scores, and scores climbed on average as hourly work increased — until about 39 hours a week.

After that, the mental health scores started to decline.

For workers who had a big domestic workload in addition to whatever they were dealing with on the job, mental health started to deteriorate even sooner, at about 34.5 hours a week.

The authors argue in the paper that their findings support the idea of a regulated work week. They also point out that the popular limit on work weeks around the world, and in places like Europe — 48 hours — should possibly be revisited given the different burdens on men and women and how that affects workplace equality.

Improving mental health might be tougher in the U.S., which has no standardized maximum workweek.

But, at the very least, policies that help working moms (like measures to reduce the cost of childcare), could help crack the hour-glass ceiling.

Plus, there's a case for limiting work hours — that even employers might get on board with: People who work too much are less productive.