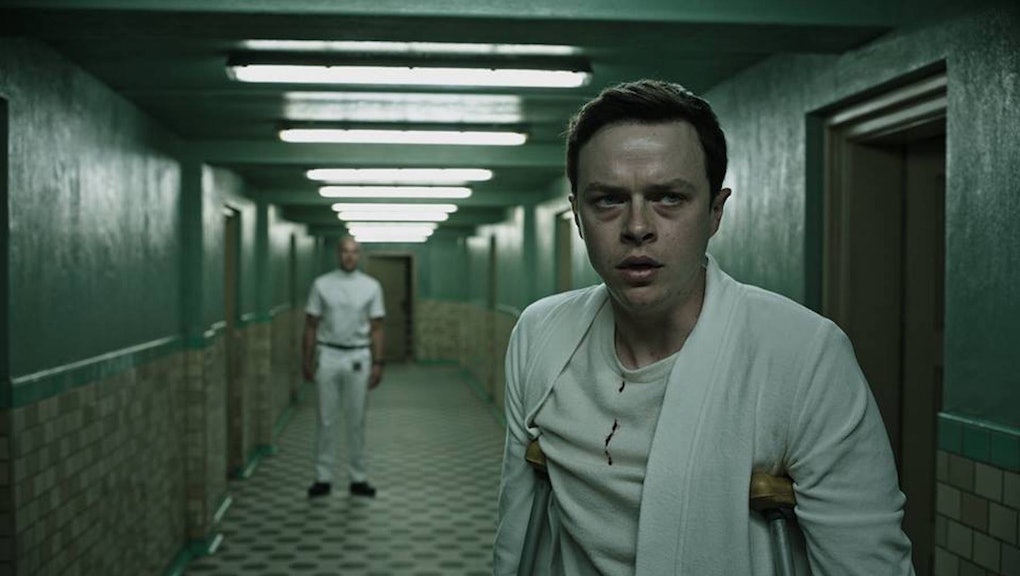 What movies are coming out in February 2017? 8 can't-miss new releases

It's difficult to argue that 2016 wasn't a great year for movies. Not only did we get critical hits like Moonlight, La La Land, and Hidden Figures, but 2016 also ended up being the the highest grossing year in domestic box office history.

But it's 2017 now, and with January behind us, it's time to put the focus on February's crop of movies. Whether it's returning to popular franchises with Fifty Shades Darker and Rings, or something completely new like The Space Between Us and Get Out, here are some major films coming to the U.S. in February.

While Passengers may have been an offensive dud, The Space Between Us looks to be a less sinister, space-related romantic drama. The film follows 16-year-old Gardner, who, like most people his age, communicates online. He's befriended a girl his age, but she has no idea that he's actually from the first human colony on Mars. Having lived on the planet his whole life, Gardner decides to go to Earth, where he not only meets and embarks on adventures with the girl he's been chatting with, but he soon learns that Earth's gravity is killing him.

One of the scariest horror movie franchises from the early 2000s began with The Ring. The film was about a young girl who killed those who watched a videotape seven days after their first viewing. Simple enough. Well, for some the consequences of watching that tape aren't public knowledge because in Rings, the latest film in the franchise, it seems like the same thing is about to happen. The trailer, however, is a little spookier, and we see how the young murderer — Samara — has gotten a little bit more powerful over the years.

Keanu Reeves returns to the role of John Wick in John Wick: Chapter Two, which sees the ex-hitman returning to his craft. This film takes Wick to Rome, where a blood oath forces him to face off against several highly skilled assassins.

Given the success of the The Lego Movie, it makes sense that there would be a spinoff. The Lego Batman Movie sees the Will Arnett-voiced Batman as a recluse, a man so damaged by his traumas that he's unable to connect with many people. But he takes on an orphan, Robin, and based on the goofy trailer, it looks like he'll be getting some help taking on the Joker.

Taking us back to medieval China is The Great Wall, which, as its title implies, is about the famous Great Wall of China. The film, which stars Matt Damon, is about a group of mercenaries enlisted by the Song dynasty to defend the wall against some creepy invading creatures. Damon's character, William, joins the the warriors in their attempt to protect the monument.

Although it looks a bit like Martin Scorsese's Shutter Island, A Cure for Wellness appears to be a horrific thriller with its own agenda. Starring Dane DeHaan, the film is about a man who is sent by the company he works for to retrieve its CEO from an elusive wellness center in the Swiss Alps. While there, DeHaan's character discovers some sinister information about the place, and the more time he spends there, the more he begins to wonder about his own sanity, especially after being diagnosed with a similar illness to the other patients at the center.

The trailer for Fist Fight opens with a quick montage of some of the most famous fights in history. There's Ali vs. Frazier and Batman vs. Superman, and now, Andy and Ron, two high school teachers who will "meet outside" after class in a giant showdown. The comedy stars Charlie Day as the typical timid Charlie Day character, who crosses one of the more feared teachers in school, played by Ice Cube. Building up to the showdown, Fist Fight looks to be a spin on high school immaturity, showing that the teachers can be just as bad as the students.

Mic has ongoing coverage on the latest in film, so for more info, you can head to the movies page.