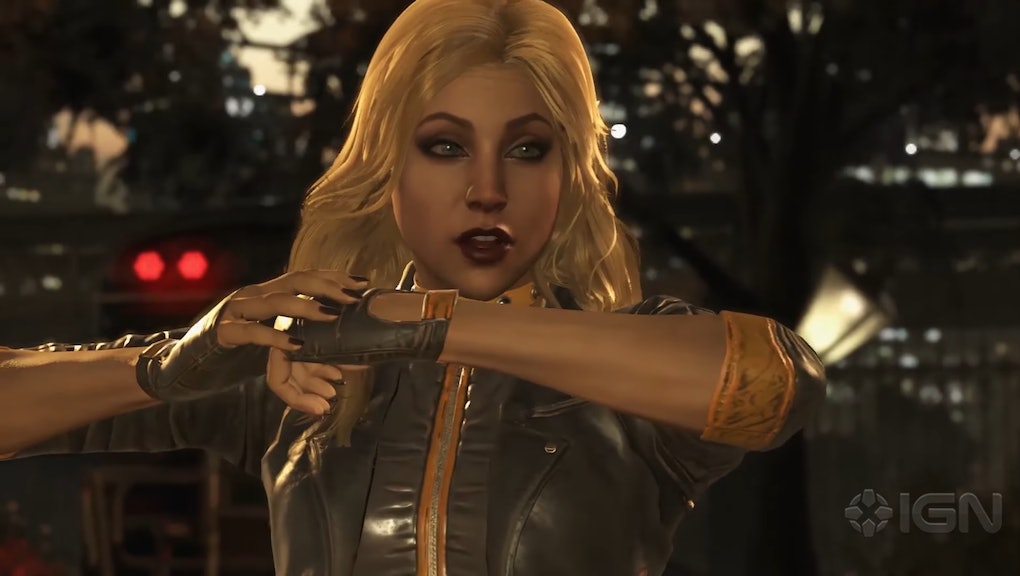 The developers of Injustice 2 promised a new character reveal this week and they have indeed delivered on that promise. IGN got the hot exclusive scoop on who is the newest character to show up to the D.C. Comics superhero fighting game.

First, check out the trailer, which features Black Canary taking on Blue Beetle and Atrocitus.

As you can see, her signature martial arts specialties are in full effect in Injustice 2 as she makes Blue Beetle look silly — well, more so than he already does — with her punches and kicks. She also uses her Canary Cry to stun and incapacitate opponents with supersonic waves, which is true to the comics, of course.

Considering she's been entwined with Green Arrow (to the point of appearing on his TV show), it's probably just a matter of time before his return to the Injustice series is confirmed. That's speculation on our part, of course.