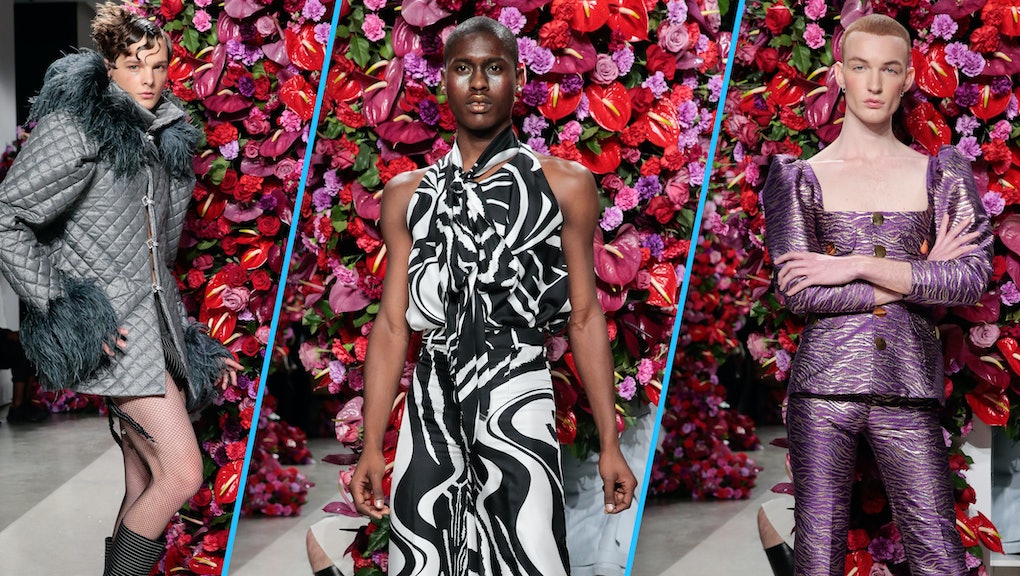 Sure, Jaden Smith shunned gender norms when he embraced skirts, but what about dresses or blouses or heels? Who's gonna champion anyone of any gender rocking those?

On Thursday, male models walked the runway for Palomo Spain in elaborate and eccentric gowns, blouses and even heels in a brilliant display of what the future of ungendered clothing and dressing can really look like.

Many of the models even wore makeup.

One model even wore a corset, similar to Rihanna's Fenty x Puma show back in September, when men wore loose corsets too.

And according to Palomo Spain's Instagram, that's kind of what this collection was about, with a show title of "Objeto Sexual."

Now if only some actor in Hollywood had the guts to wear one of these ensembles on a red carpet.

Mic has reached out to Palomo for further comment.