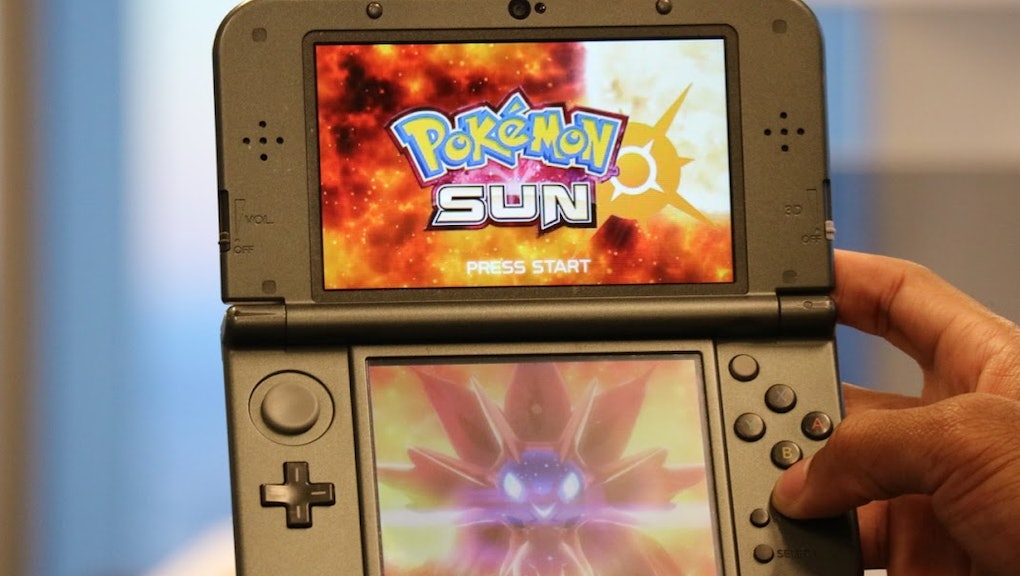 "Gotta catch 'em all" is the mantra all Pokémon trainers live by. Pokémon Sun and Moon may never say it outright, but that's only because we already know that's what the games are all about. Snagging the common Pokémon in the Gen 7 titles is easy, but how can you catch the super-rare legendaries in Pokémon Sun and Moon. By reading this guide, that's how.

Pokémon Sun and Moon legendaries: How to catch the Ultra Beasts

Those looking to capture the Ultra Beasts in Pokémon Sun and Moon are in luck. The game makes it fairly simple. International police officer Looker makes his return as your source, directing you to investigate the Ultra Beasts located across the map. Simply meet him at the designated motel to receive each mission.

According to Eurogamer, here's where you can locate each Ultra Beast in Sun and Moon.

Nihilego - The phantasmic, Rock and Poison type Nihilego is the first Ultra Beast you'll capture. UB-01 is located either at Diglett's Tunnel or Wela Volcano on Akala Island. There's only one — search the grass in either location and it's bound to come up.

Buzzswole - This one is only available in Pokémon Sun. Buzzswole can be found in Melemele Meadow on Melemele Island. There are two to capture.

Pheromosa - Players of Pokémon Moon have four Phermosa's to capture. Do so at Verdant Cave on Melemele Island.

Xurkitree - This next one is available in both versions. Xurkitree's Pokémon type is more than clear when you say its name out loud. Catch one of them at Memorial Hill and the other in Lush Jungle, both on Akala Island.

Kartana - Four of this sword-based Pokémon can be found exclusively in the Sun version of the game. Once you've competed the previous Ultra Beast missions you can find the Grass and Steel type Pokémon in Route 17 and in Malie Garden on Ula'ula Island.

Celesteela - There are only two Celesteela in Moon but they're formidable Pokémon. Capture this Ultra Beast in Haina Desert and Malie Garden on Ula'ula Island.

Guzzlord - The final Ultra Beast is catchable in both versions of Pokémon Sun and Moon. You can catch a single Guzzlord at Poni Island's Resolution Cave, located within Poni Meadow.

Pokémon Sun and Moon legendaries: How to catch the Guardians

Once you've completed the main campaign of Pokémon Sun and Moon by defeating the Elite Four, the game finally lets you capture Alola's guardian Pokémon. Here's where to find them, according to Serebii.

Tapu Koko - This the one guardian you're able to catch before defeating the Elite Four — if you're lucky. Tapu Koko is located on Melemele Island in the Ruins of Conflict.

Tapu Lele - The Akala Island guardian can be found inside the Ruins of Life.

Tapu Bulu - You'll find the Grass and Fairy type guardian inside the Ruins of Abundance on Ula'ula Island.

Tapu Fini - Tapu Fini is located at the Ruins of Hope on Poni Island.

Solgaleo and Lunala - These two are easy enough to obtain, as they're part of the main Pokémon Sun and Moon story. But other legendary Pokémon from Sun and Moon require going out of your way to obtain. Here's where to find them.

Cosmog - According to Serebii, players can go back to the Altar of the Sunne/Moone (depending on your version of the game) on Ula'ula Island. Pokémon Sun players will want to return there during the night time, while Moon players can go back during the day. Enter the portal and head to the top of the platform. Cosmog will willingly join your party.

Magearna -  We've mentioned in the past how to obtain Magearna. Once you beat the Elite Four champion just scan the above QR code using the Scanner function located in the bottom screen menu.

Zygarde - Serebii notes that the Zygarde is one of the most tiring legendaries to obtain in Pokémon Sun and Moon. If you've been wondering what all those Zygarde cells you've been collecting are for, now you know.

Necrozma - Necrozma is the grand finale of Pokémon Sun and Moon. Once you've caught all the Ultra Beasts head to Melemele Island. Looker will claim that he saw a mysterious black shroud. Then head to the Farthest Hollow section of Ten Carat Hill. With a Pokémon just below level 75 at the top of your Pokémon party list, use Max Repel and search through the grass. Eventually, Necrozma will appear.

If you're serious about 'Pokémon Sun and Moon,' you'll want to read up so you can be the very best. Check out our guides for picking the right starter, taking part in the global missions, using a damage calculator, how to catch the new legendary Pokémon, how to customize your character, how to trade, how  to find all the evolution stones, how to use QR codes, all the Team Skull passwords, which Pokémon to catch early on and picking between 'Pokémon Sun and Pokémon Moon.'