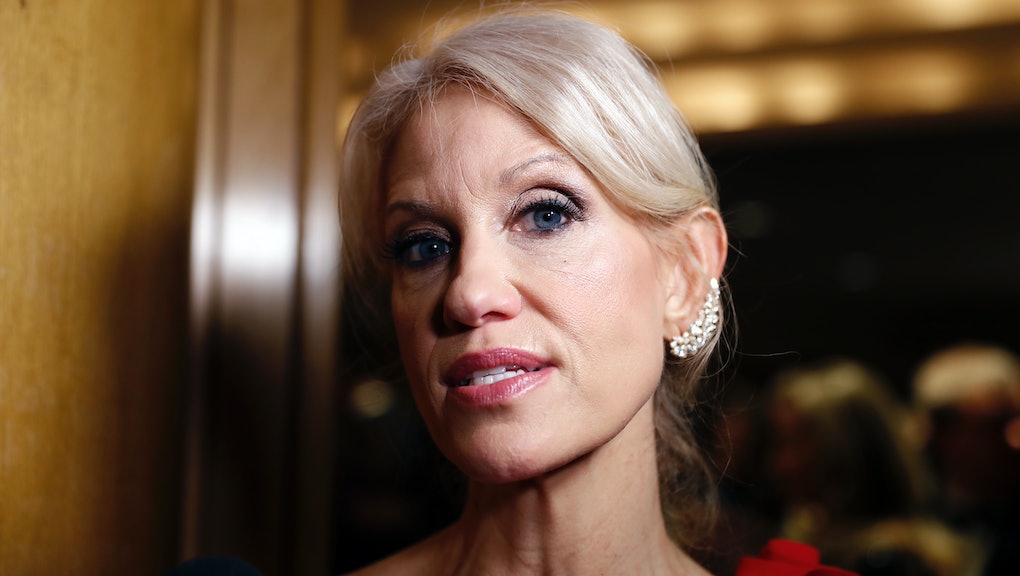 In a Thursday night interview with MSNBC's Chris Matthews, Kellyanne Conway defended President Donald Trump's travel ban with what she would call "alternative facts" — the rest of us would call them lies.

Trump's top adviser spoke of the "Bowling Green massacre," which she said was carried out by two Iraqi refugees. She slammed the press for not covering the tragedy, which is why, Conway maintained, most people don't know about it.

However, as the Washington Post notes, such a terrorist attack never occurred in Bowling Green, Kentucky.

Conway seemed to be referring to the 2011 arrest of two Iraqi citizens living in Bowling Green who were charged with attempting to send money and weapons to al-Qaida for the killing of United States soldiers.

Both men received federal prison sentences after pleading guilty to federal terrorist charges and admitting to participating in attacks against U.S. troops while in Iraq, according to the Washington Post.

Republican politicians have cited the incident before in attempts to build a reasonable defense for banning refugees from the country. The Washington Post reported that most recently, in December 2015, Sen. Rand Paul (R-Ky.) ran a campaign ad including footage of the two Iraqi men, reportedly emphasizing that they had been "welcomed into America, given public housing and public assistance — as refugees."

Conway later backpedaled her statements, clarifying in a tweet Friday morning that she meant to say "Bowling Green terrorists" instead.

But the damage was done, and Twitter users roasted Conway online for her lie: