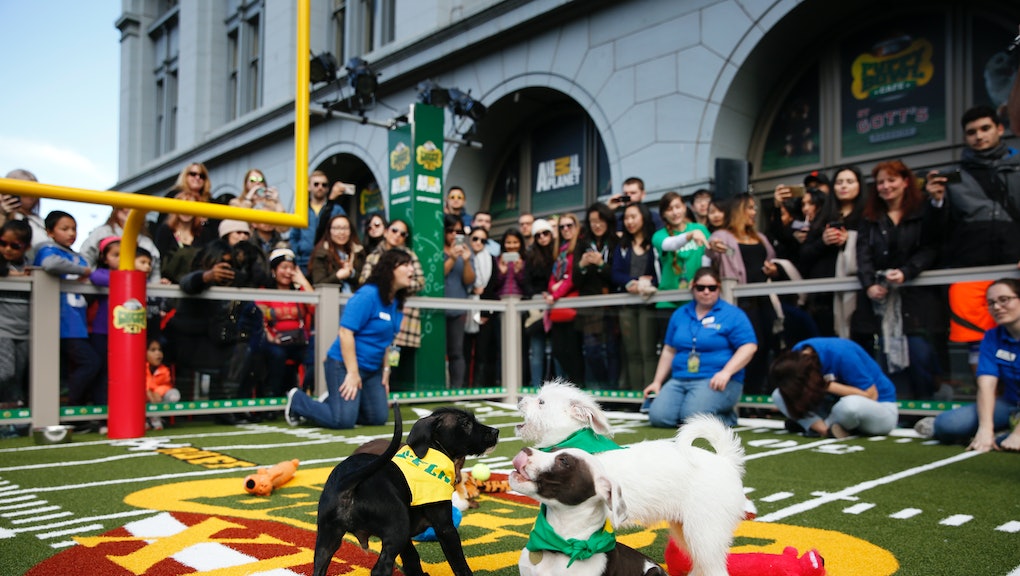 We are just a couple of days away from the greatest sporting event of the year: the Puppy Bowl. On Sunday at 3 p.m. Eastern, Animal Planet will air its annual event, which sees Team Fluff and Team Ruff compete (i.e. drag throw toys around a field) for the coveted Lombarky Trophy.

For its 13th annual bowl, Animal Planet will be showcasing 78 puppies from 34 different rescue shelters across the country. The network has already introduced the starting lineup for this year's game.

Below are several of 2017's fiercest contenders, organized by team.