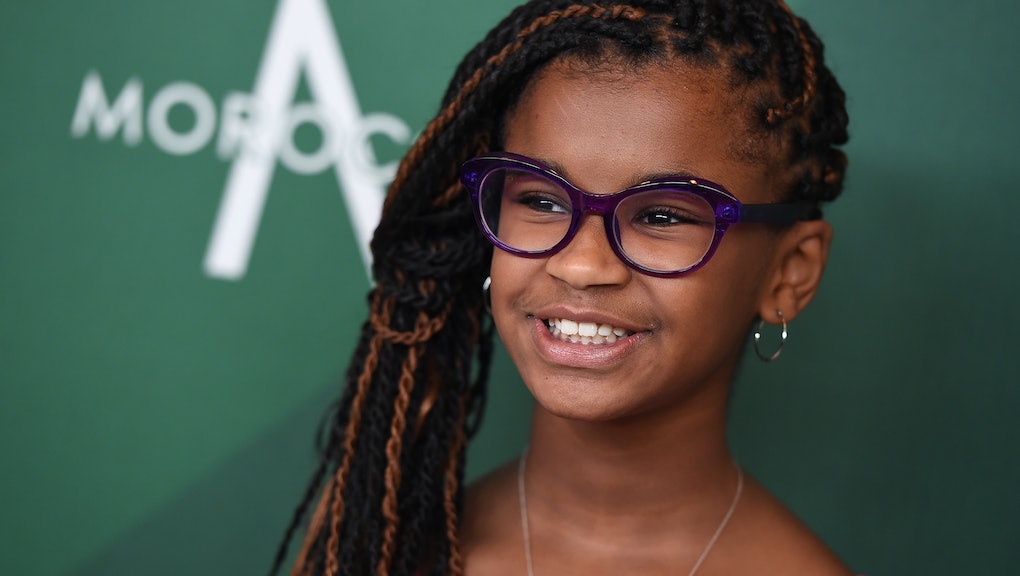 Marley Dias, the 12-year-old behind #1000BlackGirlBooks, is penning her own book

When Marley Dias noticed a problem with representation in young adult books, she decided someone ought to fix it — and who better for the job than herself?

In February 2016, Dias, who was 11 at the time, launched the #1000BlackGirlBooks project, collecting books featuring black girls as the main character. Now, after collecting over 8,000 such books, Dias has decided to author a #BlackGirlBook of her own.

On Thursday, Scholastic announced that 12-year-old Dias had signed a deal with the publisher for a book due in Spring 2018. According to a press release, the book is a "keep-it-real guide" to helping kids and preteens make their dreams come true.

"Through her smarts and ingenuity, she's delivered a jolt of inspiration that's sent an unstoppable shock-wave to kids everywhere who've stood up with Marley to shout 'Yes!' to the power of positive action," Scholastic's vice president and executive editor Andrea Pinkney said in a statement.

"In this book, Marley will share her dynamic wisdom with readers everywhere."

Dias spoke about her initiative to promote diversity in fiction at the United State of Women summit in Washington, D.C., in June, emphasizing why it matters for young girls to see themselves reflected in the media they consume.

"I think it's important to have someone who looks like you because when you have someone you share a very common trait with, such as race and gender in this case, you would see all these things that they're learning and then you take that back with you to improve your lifestyle," Dias said in an on-stage interview at the event.

She added, "Because if we want equity, we need diversity."