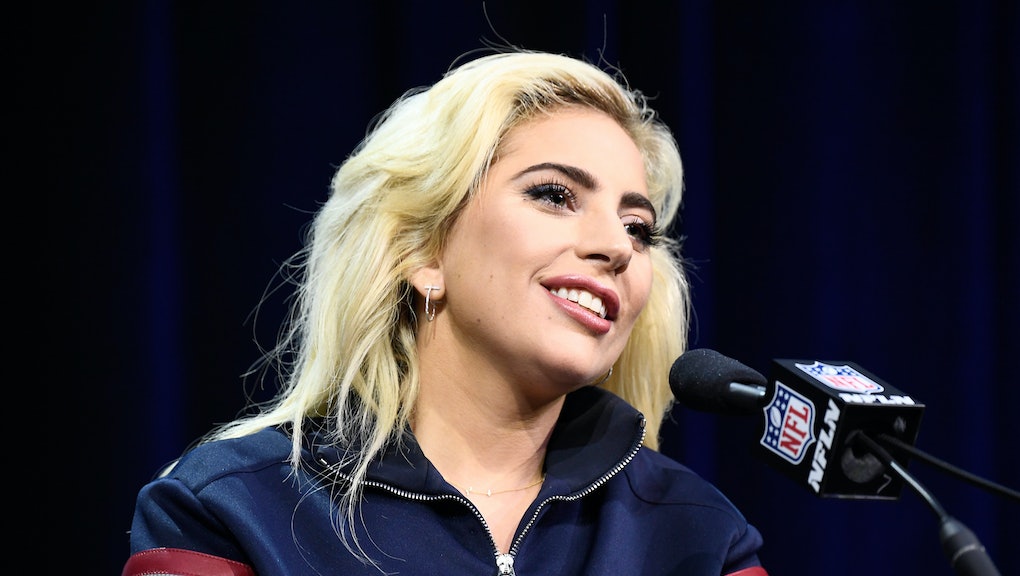 What time is the Super Bowl halftime show? Here's when Lady Gaga could hit the stage

The Super Bowl LI kickoff is slated for 6:30 p.m., but for many, the most important question is when Lady Gaga will take the stage for the half-time show. So when will the singer perform? Here's what we know so far.

According to a 2012 Los Angeles Times report, the average NFL game lasts about three hours and 12 minutes. According to SB Nation, a regular-season half time takes 12 to 15 minutes — but at the Super Bowl, it can be twice as long.

Fox's programming line-up for Super Bowl Sunday suggests that the game could last 3.5 hours or longer. Fox Super Bowl Post Game is scheduled to air between 10 and 10:30 p.m., when Terry Bradshaw officiates while NFL Commissioner Roger Goodell hands the Lombardy Trophy to the winning team.

Past halftime shows suggest we can expect Gaga's performance to start around 8 p.m. In 2016, Beyoncé and Coldplay's half time show started at approximately at 8 p.m. and in 2013, Beyonce's Super Bowl performance began at 8:10 p.m.