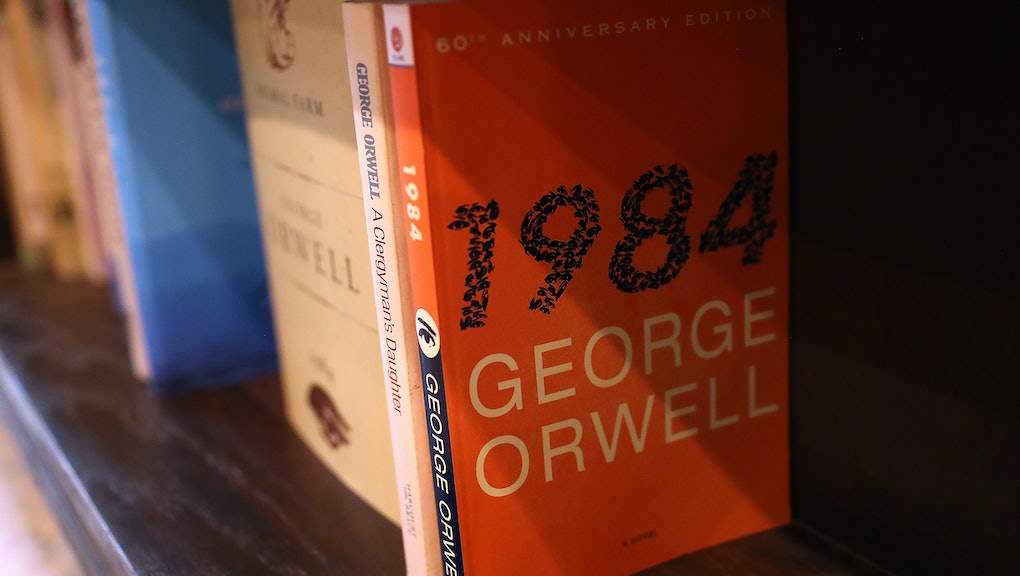 As reported by the Guardian, 1984 is currently a play on London's West End, but the production will make its way to Broadway in June. Per the Guardian, the play itself has garnered some positive reviews, and will probably gather some buzz if the book's recent sales numbers are any indication.

Moreover, the play couldn't be coming at a better time because the Trump administration had its most Orwellian moment to date: the "Bowling Green massacre."

Conway first mentioned the invented massacre during a Thursday night interview with MSNBC's Chris Matthews. She stated that the fictitious massacre was carried out by two Iraqi refugees. What Conway was likely referring to was two Iraqi citizens being arrested in Bowling Green, Kentucky, in 2011 after they attempted to send money and weapons to al-Qaida.

This is unsettlingly close to the 1984 Party's use of doublethink, which essentially boils down to rewriting and fabricating important moments in history in their favor (the department that tweaks history is the one in which the book's protagonist Winston works). Terrorists from Iraq — who were also refugees — striking in the heart of Kentucky? That's the kind of narrative the Trump administration would love to spread like wildfire.

However, there is an important contrast between the Trump administration's "alternative facts" and 1984's doublethink. As the New Republic's Josephine Livingstone argued, we'd be giving the Trump team too much credit because they don't even bother to cover up their lies (plus, unlike in 1984, we have a free press to call out their bullshit).

"When Conway cites 'alternative facts,' she implicitly admits that there is more than one way to see things — she simply doesn’t care," Livingstone wrote. "Trump’s administration doesn’t even try to cover up its lies. Instead, it assumes that ideological divides among the American citizenry will ensure that the lies don’t matter. That is not how the Oceania of 1984 works."

In any case, a 1984 Broadway play couldn't be coming at a better time. We can't imagine what other parallels will present themselves in a few months' time, as we're only a couple brutal weeks into this new administration.