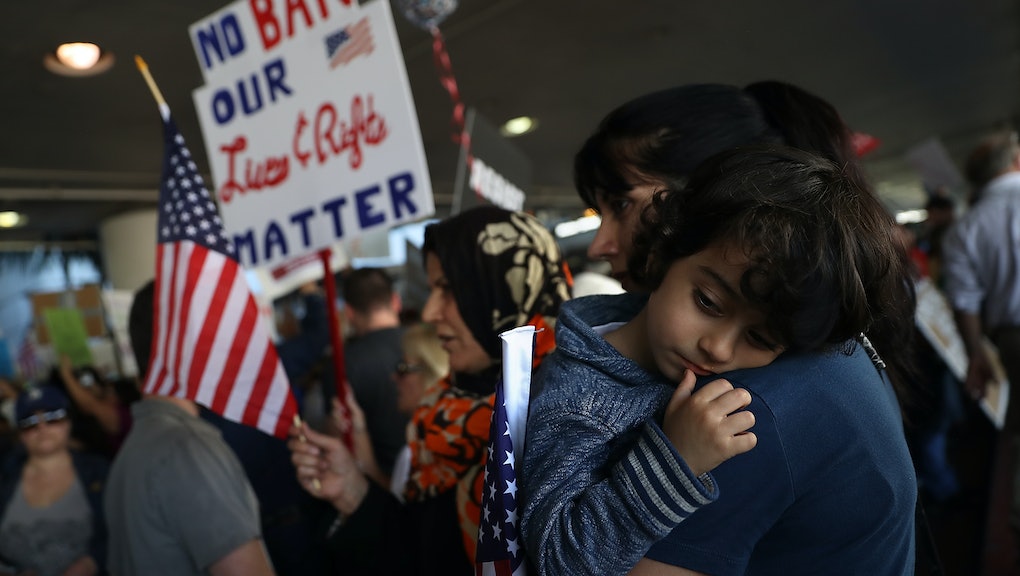 More than 100,000 visas have been revoked because of Trump's Muslim ban

More than 100,000 visas have been revoked because of President Trump's executive order banning the citizens of seven majority-Muslim countries from entering the U.S. This means that far more people have been affected by the policy than Trump, or his administration, have been willing to admit.

In the wake of the sweeping order, the Trump White House has dismissed the effects of the de facto "Muslim ban." On Jan. 30, White House press secretary Sean Spicer said, correctly, that only 109 over a 24-hour period people had been "stopped for additional screening" due to the ban. But the actual numbers of people affected are much, much higher considering the number of people who have been unable to board flights or have lost their visas since the order went into effect.

Speaking in a Virginia federal court on Friday, an attorney for the U.S. government revealed the actual number — more than 100,000 visas have been revoked, the Washington Post reported. One reporter said that there was an "audible gasp" in the courtroom when the lawyer for the government gave the figure.

The hearing in which the number was revealed is part of a lawsuit filed on behalf of two brothers from Yemen who arrived at Dulles International Airport in Virginia on Saturday and were put on a flight to Ethiopia because of Trump's executive order.

According to the Post, the attorney for the government "could not say" how many people had been put on flights back to their countries of origin due to the executive order. The order has sparked protests at airports around the country, and the American Civil Liberties Union, along with other groups, have been working to challenge the order on legal grounds.