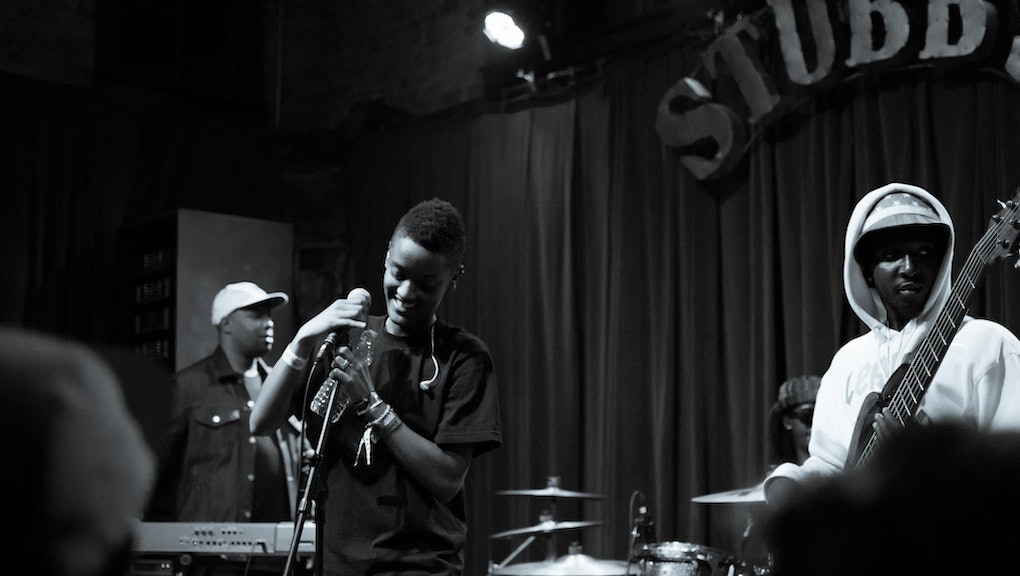 Syd 'Fin' Review: The Internet frontwoman opens up on her solo debut with dazzling results

When the members of futuristic R&B collective the Internet announced they were taking a hiatus between studio albums to silo off and record their own solo projects, it felt like a sign of great things to come. Not every group can fragment effectively, and fewer can reunite amicably, but with Syd's Fin out in the world, the group is off to the best possible start.

Since the release of their Grammy-nominated third LP Ego Death, the Odd Future-affiliated R&B outfit has blossomed into one of the most exciting groups in the genre in years. Much of this growth in their sound and songwriting can be credited to the band’s frontwoman and co-founding member, Syd, who’s grown into her role as vocalist and performer. Her confidently seductive Fin showcases an even greater range.

On the album, she is a careful student of '90s R&B with eyes on a future where the boundaries between various black music genres no longer divide, but co-elevate.

Despite her position as the de facto leader of the band, Syd’s musical persona has always been one of a reclusive captain, a sly presence with a siren's voice capable with enticing listeners to its shores. But on Fin, she wades from the shallows to explore further depths, revealing the well-honed pop instincts of an artist that’s studied the paragons of her genre — Janet Jackson, Erykah Badu, Aaliyah.

"Know" is a self-assured Timbaland-era Aaliyah bop featuring some unexpected but satisfying twists on dynamics. On tracks like the smooth, trunk-rattling "Nothin to Somethin" and lead single "All About Me," Syd calls the shots with cool posture, beckoning a carousel of women, changing tax brackets and carrying the torch for her tight-knit crew.

She even takes a brief spell from singing to rap on the interlude “No Complaints,” tossing a hard verse that shimmers over the heavy-duty drums and steely-eyed bravado. Standing solo, Syd shoulders the weight of her spotlight with a veteran’s poise, prowling towards the the women, money and power still beyond her grasp.

But Fin is more than just boss talk.

"Smile More" kicks off a suite of dimly-lit ballads in the record's latter half that finds Syd reconstituting trademark neo-soul in this private-in-public era of prying eyes. The album’s closer, "Insecurities," is one of the album’s brightest moments, a vulnerable ballad ribboned with vocal harmonies that feel boundless. During the Internet’s recent appearance on his Beats 1 show Othertone, superproducer and host Pharrell Williams called it an "auditorial bed of colorful marshmallows." It's peak Pharrell, but it’s hard to disagree. The song's plush landing strikes the perfect note and leaves you looking forward to more.

The album also fields a pair of guest appearances, 6LACK and fellow Internet member Steve Lacy, who inject their distinct sounds into the scene without pulling focus away from Syd. Featuring Lacy's vocals and production, the club romp "Dollar Bills" could easily find a home on an Internet project. It feels like a clue to the band’s grander ambitions for their next record, arriving later this year.

The Internet’s success as a band is a testament to the familial bond and creative autonomy they seem to share as friends. As the band enters the next phase of its story, it feels clear this moment of independence for Syd is already offering new inspiration, with even better music to come. Fin finds Syd capturing her spotlight, opening and embracing her place as one of this generation’s most alluring voices.