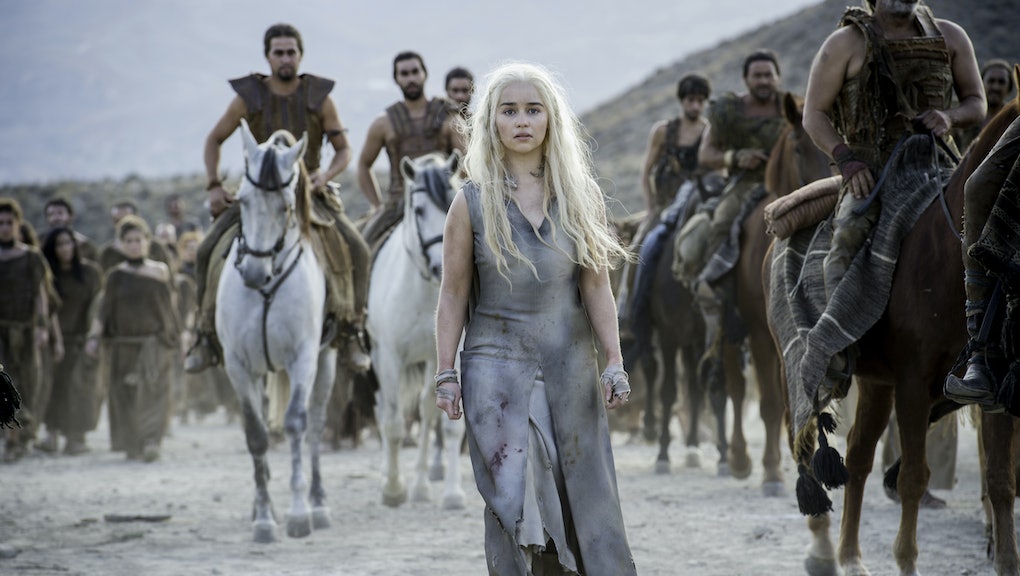 We are one step closer to returning to Westeros. Game of Thrones star Emila Clarke took to Instagram Friday to inform her followers that filming on the series' highly anticipated seventh season will be wrapping in one day's time. The actress posted a video of her singing R. Kelly's "I Believe I Can Fly" and captioned the clip: "That feeling when at last you're a day away from wrapping season seven."

According to Watchers on the Wall, location shoots have been taking place in Ireland, Spain, Croatia and Iceland. Open location filming appears to be over, but as of a few days ago, Game of Thrones was filming at their Belfast studios. Kevin Patterson, a fan of the show, tweeted the following image (perhaps Clarke was doing some dragon shoots?).

The hit HBO drama's sixth season set the stage perfectly for the series' final two seasons. When Game of Thrones returns, Daenerys will be on her way to Westeros (finally!), the Starks will be in control of the North and Cersei Lannister will be sitting on the Iron Throne.

While fans may be disappointed that seasons seven and eight will be shorter than we are accustomed, we should take solace in knowing that the creative team is not skimping on production. By the way, Clarke ends her message saying of season seven, "I believe this one's gonna be a mind-blower."

Season seven of Game of Thrones is expected to begin airing on HBO this summer.