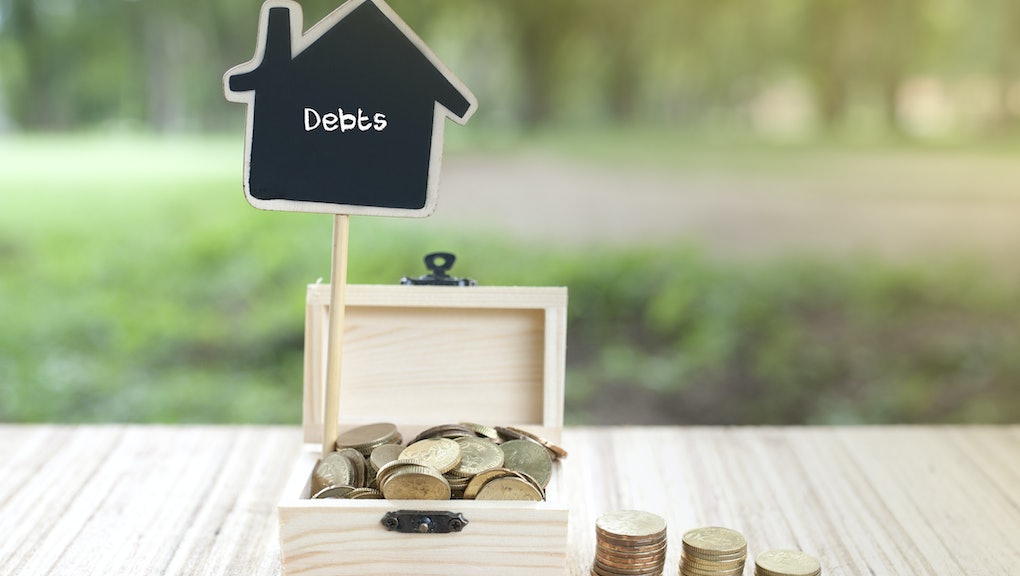 This is the best psychological trick to pay off debt faster, science suggests

Being in debt can be stressful, but if you owe a lot, you are not alone: The average household in the United States with credit card debt owes on average more than $16,000, according to a 2016 study by NerdWallet.

It may seem impossible to ever get out from under your burden.

There are proven debt payoff strategies. Researchers have looked into what works for people and have found that psychology can matter a lot when it comes to staying motivated — and clearing your figurative slate.

With maximizing motivation in mind, there is one strategy that research has confirmed over and over can work best for debt repayment.

What is the best way to pay off debt?

The debt snowball works by paying off debts from smallest to largest, while the debt avalanche focuses first on the debt with the highest interest rate.

The debt avalanche makes the most sense if you are concerned about the math — and saving the highest dollar figure when all is said and done.

But science suggests the snowball might actually be better for certain people.

Research into different repayment strategies conducted by professors at the Questrom School of Business at Boston University in 2016 found the best way to pay creditors off was to start with the smallest account and concentrate on paying that debt off in full: aka the snowball.

Researchers collected anonymous data from nearly 6,000 HelloWallet clients. Subjects had an average of 2.5 creditors to whom they owed money.

The repayment efforts of these debtors were tracked over 36 months.

Those who were concentrating on paying smaller accounts off first achieved consistently better results than people who spread their extra cash around and sent an equal amount of extra money to each creditor.

Why does psychology matter when you pay down debt?

The first was aimed at determining whether focusing on a single account made a difference in debt repayment, as compared with spreading money around: Study participants were told they owed money across five accounts and could earn money to repay the debts in those accounts by playing an anagram-like game.

The participants were divided into two groups. One group was told their earnings from the game would be divided up and distributed equally among all five accounts.

The second group was told their earnings would be used to repay the debts one at a time: This group worked harder and was able to repay debt 15% faster.

A second experiment found that the strategy of concentrating on repaying just one account seemed to be more successful because participants felt as though they were making more progress on repayment.

A third experiment showed that perceptions of progress were most impacted by the portion of the balance repaid: Since a $50 payment pays off half of a $100 balance but just 1% of a $5,000 balance, it is easy to see why concentrating on small debts provides a greater sense of accomplishment.

Not only does this research suggest paying off smaller debts first makes sense, but it also shows why consolidating debt into one big loan could be demotivating — because it will take longer to complete total repayment.

How can you use mental tricks to pay off debt faster?

Another recent study out of Boston further suggests psychology matters.

A 2015 study published by the Journal of Marketing Research found that achieving "small victories" keeps people motivated and on track to completing a broader goal, which is relevant to debt repayment.

The researchers found that when an activity is broken down into tasks of unequal size, people are more efficient when the work is arranged from smallest to biggest task — not largest to simplest.

The researchers concluded that the extra motivation that came from completing the faster tasks first would translate into more successful debt repayment when the snowball method was used.

How should you repay your debt?

If you have really high-interest debt, paying that off first or refinancing into a lower interest loan can make a lot of sense.

Unfortunately, if you don't stay motivated, you could end up losing out in the long run — as it might take you longer overall to become debt free.

Whatever approach you select, make sure you don't compromise the effectiveness of your debt repayment plan by setting yourself up to fail.

If you get easily overwhelmed? Paying off smaller debts first has repeatedly been shown to help motivate people — maybe that's exactly what you need.