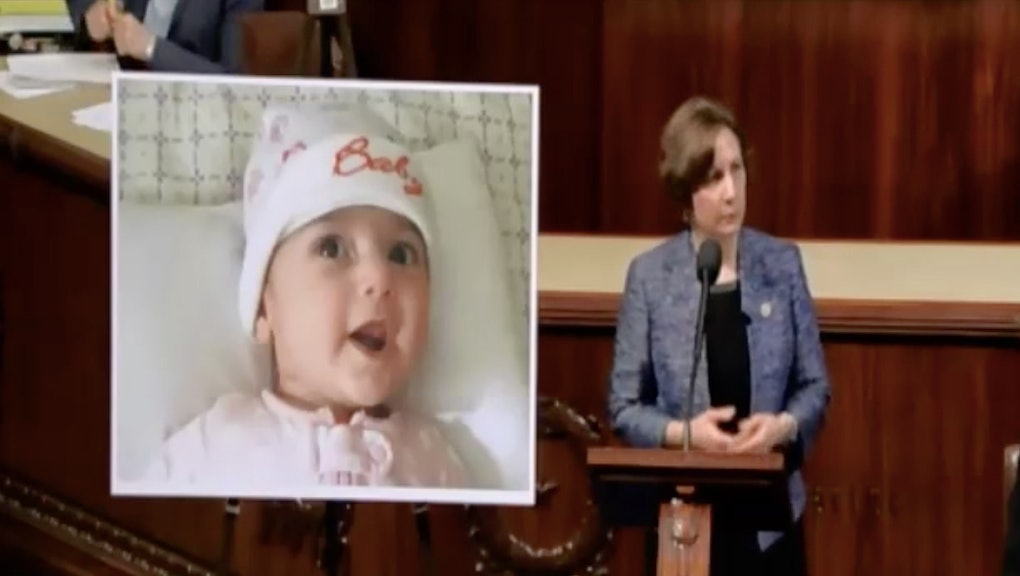 Cuomo told the New York Daily News that the necessary documents were secured at the same time a federal judge in Seattle was granting a temporary restraining order against President Donald Trump's travel ban.

Below is Mic's original coverage of the story:

An Iranian baby girl in desperate need of heart surgery has been blocked from entering the United States by President Donald Trump's recently imposed travel ban on citizens from seven Muslim-majority countries, according to the Associated Press.

On Friday, Amber Murray, the attorney for the baby's family, said that 4-month-old Fatemah Taghizadeh was born with two holes and structural abnormalities in her heart that doctors said would require at least one urgent surgery to correct.

But while the family was able to secure an appointment to get a tourist visa in Dubai on Feb. 5, it was abruptly cancelled after Trump's ban went into effect on January 27. Now the family is scrambling to save their daughter's life.

Samad Taghizadeh, the infant's uncle and a U.S. citizen who lives in Portland, Oregon, told the AP that the family has no time to waste in getting Fatemah the medical care she needs.

"I don't want to lose my hope, but the big problem here is time," Taghizaeh told the AP. "She's in an emergency situation and if it takes a long time, they're going to lose her. They said a couple of weeks ago she had to be in surgery. They recommended three or four weeks ago to do it."

As lawyers file paperwork, the situation grows more desperate by the day.

"Her heart is twisted," Murray said. "Her heart's working overtime to compensate for that, and it's causing more and more damage to her every day that she doesn't get the surgery."

Although the family had initially planned for the surgery to take place at Oregon Health & Science University in Portland, near where the baby's uncle lives, they are currently looking into options in Canada and Germany in order to keep the infant alive.

While state officials like Gov. Kate Brown Sen. Jeff Merkley have also joined in on efforts to get the family to the U.S., Taghizadeh told the AP that he has focused his efforts on trying to keep his family calm.