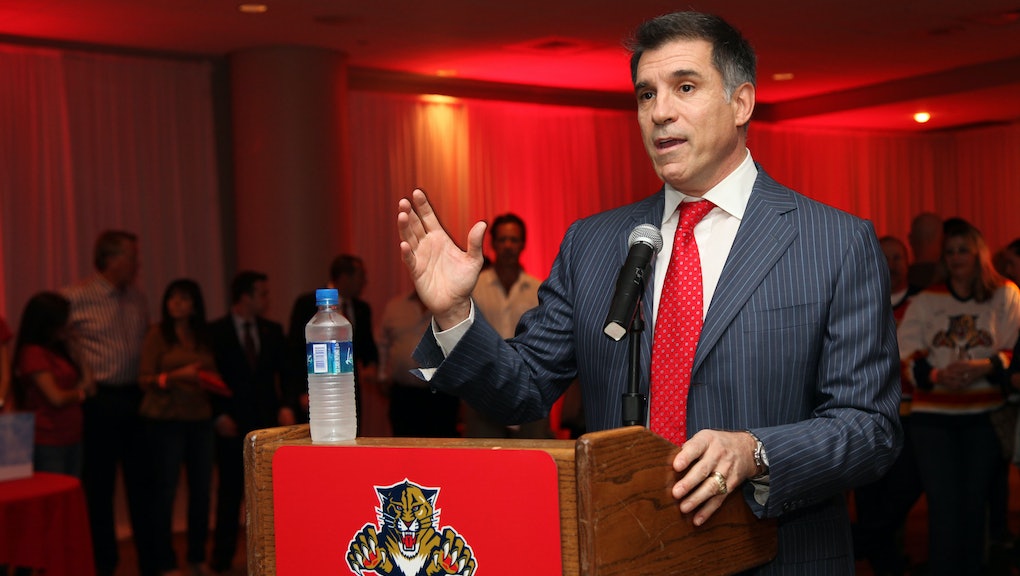 President Donald Trump's pick for Army secretary, billionaire Florida Panthers owner and Wall Street trader Vincent Viola, decided Friday not to join what is lining up to be one of the richest, most exclusive country clubs in America: the Trump's Cabinet.

According to the Military Times, Viola found it too difficult to disentangle himself from his many businesses in order to take the government position. Viola owns the NHL's Panthers and is a majority shareholder in Virtu Financial and Eastern Air Lines. He has a net worth of $2 billion as of Saturday, according to Forbes.

A former Pentagon official and close friend of Viola's told the New York Times that Viola was "devastated" over his decision to not be part of the richest presidential Cabinet in U.S. history. His lawyers and the federal government had spent weeks trying to find a solution to allow him to serve, but could not. Robert Speer is the current acting Army secretary.

In a statement to the Military Times, Viola said he was "deeply honored" by the nomination, despite it not panning out. He said he looked forward to supporting the Army and its veterans "as private citizens."

Though Viola is upset he won't serve in what the New York Times said is his "lifelong dream job," he definitely has plenty of $100 bills to use as tissues.