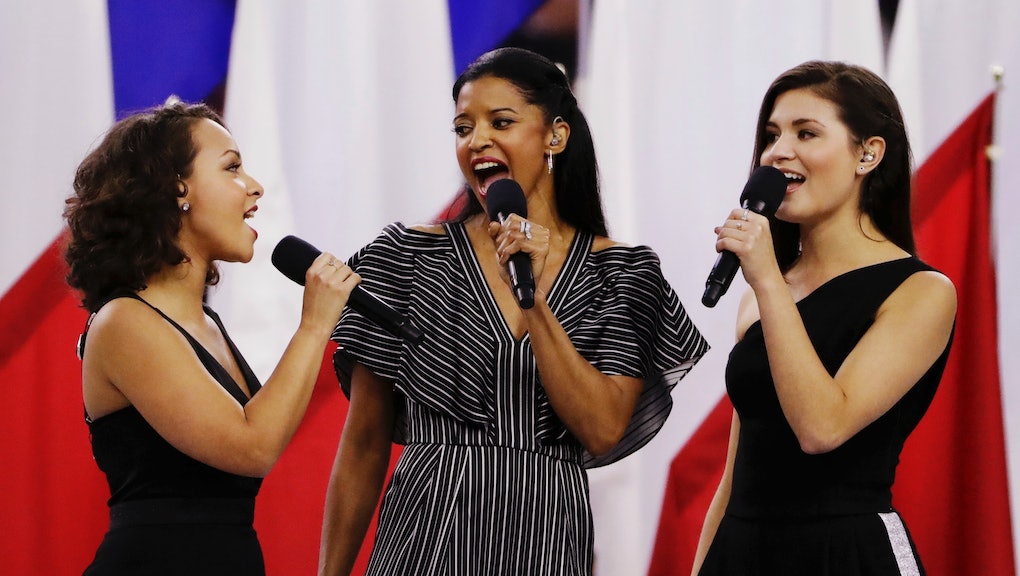 Hamilton cast members Phillipa Soo, Renée Elise Goldsberry and Jasmine Cephas Jones took to the field at the beginning of the 2017 Super Bowl to perform "America the Beautiful." The actresses, who play the Schuyler Sisters in the hit Broadway play, changed up the lyrics to deliver a powerful message.

When it came to the lyrics — "God shed his grace on thee/ And crown thy good with brotherhood/ From sea to shining sea" — the women added the word "sisterhood." Watch their performance below.

Hamilton creator Lin-Manuel Miranda took to Twitter after the moment.

According to Miranda, the arrangement of "America the Beautiful" was done by Alex Lacamoire, who is the current music supervisor of Hamilton.

And Twitter totally approved of the addition to the lyrics.