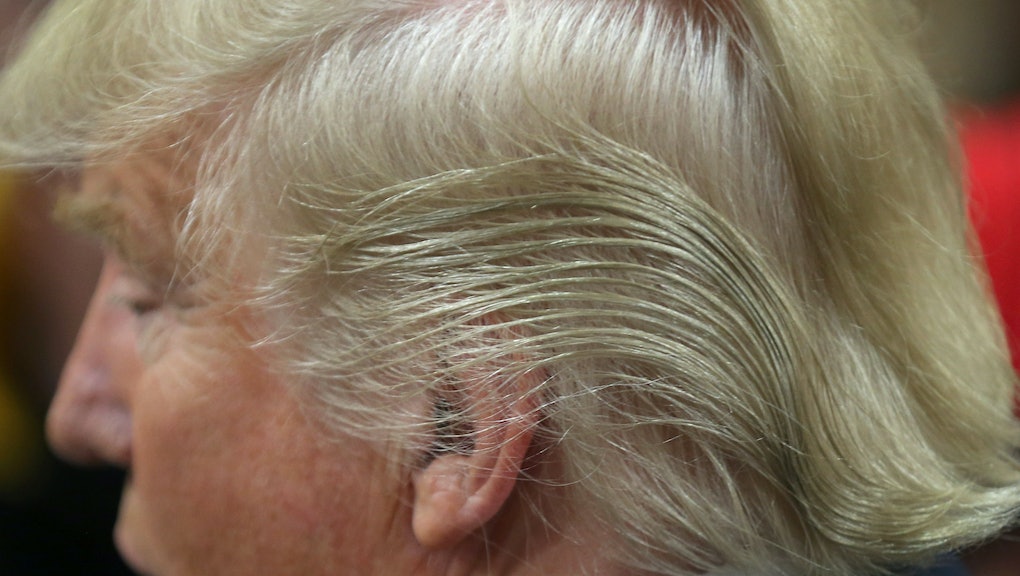 Millions of jokes have been made at the expense of Donald Trump's wildly bizarre troll-hair.

The latest to throw down is independent hair-care product company It's a 10, which released a hysterical ad lamenting the fact that we have "at least four years of awful hair."

The 30-second ad was an immediate hit online, with some calling it the best spot of the 2017 Super Bowl.

Trump is watching the Super Bowl at his Florida golf club — so he presumably saw the ad — but has yet to respond to it or any of the other commercials openly trolling him.