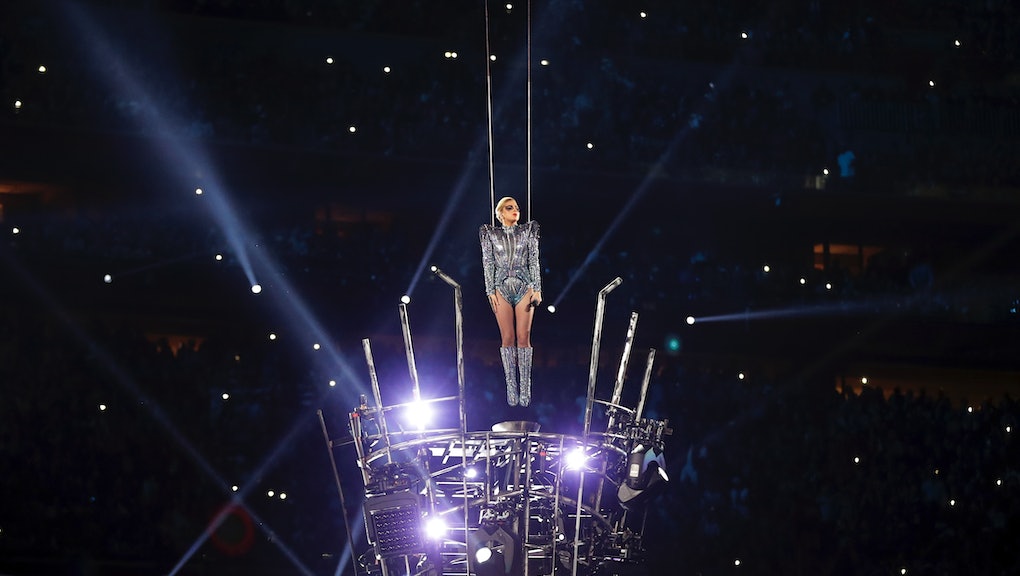 What were the lights above Lady Gaga during the 2017 Super Bowl halftime show?

Lady Gaga's Super Bowl halftime show in Houston was a masterful performance with plenty of spectacle.

For one, take the massive American flag illuminating the sky. What were those lights? The simple answer: drones.

Tech company Intel wasted no time bragging on Twitter about the drones it supplied for Gaga's show:

"Lady Gaga and the Super Bowl creative team wanted to pull off something that had never been done before and we were able to combine Intel drone innovation with her artistry to pull off a truly unique experience," Josh Walden, general manager of Intel's New Technology Group, said in a statement to GeekWire. "The potential for these light show drones is endless and we hope this experience inspires other creatives, artists and innovators to really think about how they can incorporate drone technology in new ways that have yet to even be thought of."

Intel unveiled its drones to the public over the holidays at Walt Disney World Resort in Orlando, Florida. The drones can make more than 4 billion color combinations.