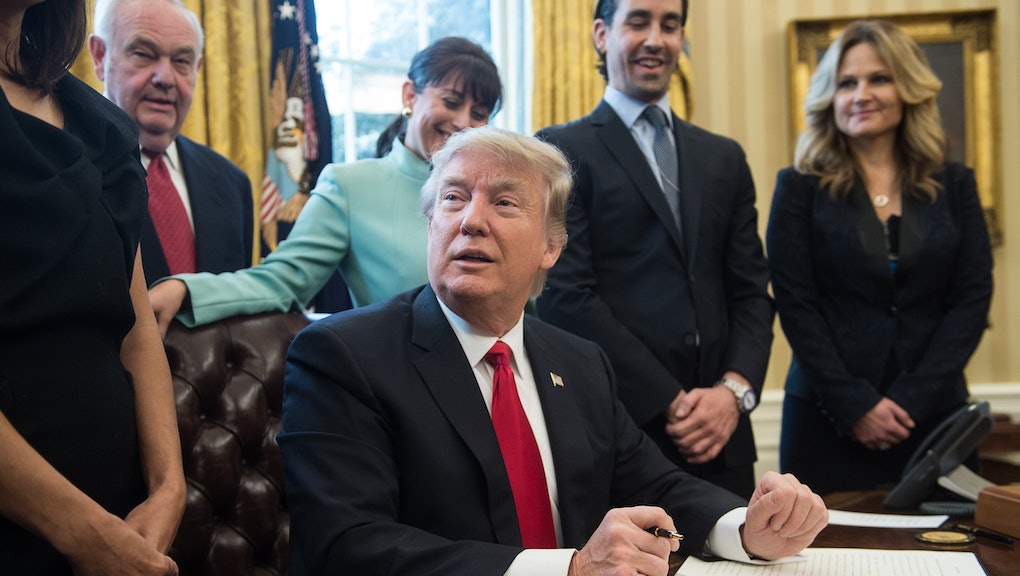 When President Donald Trump issued a presidential memorandum taking the unusual step of elevating his chief strategist Stephen Bannon to a permanent seat on the National Security Council, it raised a lot of eyebrows. House Minority Leader Nancy Pelosi said last week, "It's a stunning thing that a white supremacist, Bannon, would be a permanent member of the National Security Council."

Democrats, though, apparently weren't the only ones stunned by the move. Among the people caught unaware was one Donald J. Trump. The New York Times reported on Sunday that Trump hadn't realized what he did when he signed the 2,100-word executive memorandum that elevated Bannon to his position on the NSC. According to the Times story:

Mr. Bannon remains the president's dominant adviser, despite Mr. Trump's anger that he was not fully briefed on details of the executive order he signed giving his chief strategist a seat on the National Security Council.

Read that again: The president of the United States, Donald Trump, was "not fully briefed" on a document he signed, a document that carries the force of law. Trump's signature gave his top White House aide a permanent invitation to sit in on meetings where life-and-death matters of running a country are decided.

When Trump finally realized what happened, he was really ticked off — even more ticked off than after the botched rollout of his executive order to ban travel to the U.S. by refugees and citizens of seven Muslim-majority countries. The failure to get a full briefing on the memo was, according to the Times, "a greater source of frustration to the president than the fallout from the travel ban."