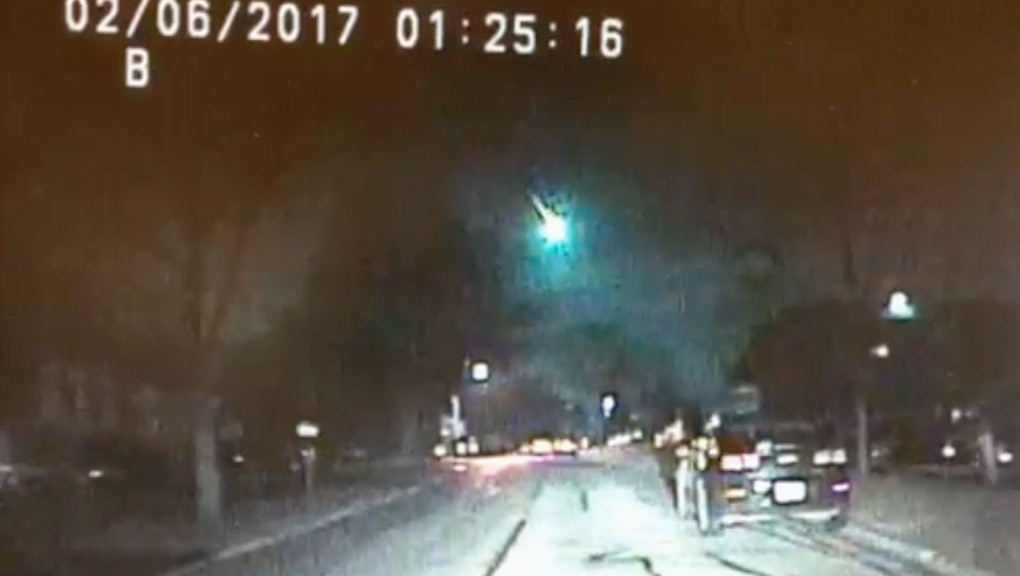 At Sunday's Super Bowl, hundreds of drones lit up the Houston sky during Lady Gaga's halftime performance. But further north, Midwesterners were treated to a different celestial sight: a massive meteor.

A bright green fireball was spotted in the sky early Monday morning at approximately 1:30 a.m. Central. The American Meteor Society received over 200 reports of the meteor from viewers, primarily concentrated in the Midwestern states of Wisconsin, Illinois and Michigan. The sightings, as reported on the AMS website, spanned as far east as upstate New York and as far south as Kentucky.

The AMS projected that the fireball was traveling from southwest to northeast, with its trajectory ultimately ending somewhere in Lake Michigan between Sheboygan and Manitowoc, Wisconsin. There is still no indication of what caused the meteor or where it ultimately landed, the Detroit Free Press reported.

Social media users were quick to document the meteor's soaring trip through the night sky. Here are some first-hand looks at this celestial event: