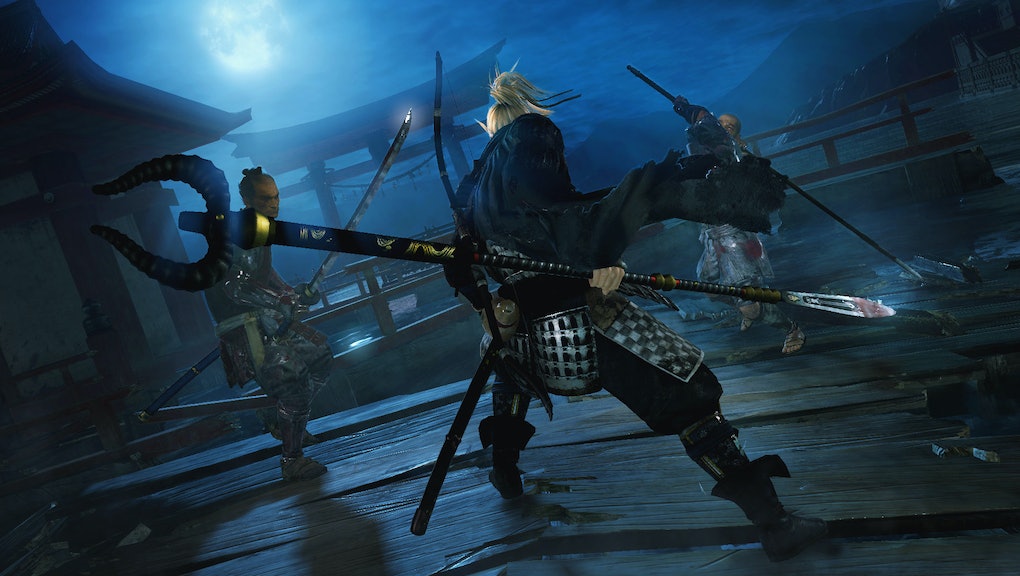 There's more Dark Souls III DLC coming soon, but if you can't wait for that, consider checking out Nioh. The newest game from the developers of Ninja Gaiden brings Dark Souls-style action to the tail end of feudal Japan with its own complex combat system.

Nioh comes out Tuesday, but reviews are already pouring in. According to the critics, fans of brutally challenging action games should give it a shot.

Nioh lives and breathes combat. So if the combat isn't any good, there's little reason to play the game. Thankfully, according to IGN's Chloi Rad, the combat shines.

Nioh's combat is where it shines brightest. It combines the slow-paced and position-based nuance of Dark Souls and the precise, combo-executing thrill of a fighting game to create some of the freshest and deepest melee action I've experienced in recent memory. I'd put it right up there alongside Dark Souls and Bloodborne — what it lacks in the purity that makes those games so strong, it makes up for with an even more demanding tactics-based approach that allows it to stand boldly on its own.

Nioh's calling card is its ki system. Ki is an all-encompassing force represented by a meter that drains when you attack, dodge, block or take a hit. Ki drains quickly, as you might imagine, but you can instantly regain some by doing a "ki pulse" in the middle of a fight. The better your timing on the ki pulse, the more ki you get back.

Nioh also differentiates itself with the concept of weapon stances. Allow Rad to explain:

Instead of individual weapon types being the sole dictator of style and agility, there are three combat stances you can take no matter what you choose to wield. These stances are easy to access and switch between mid-fight, which is good because learning when and where to implement them is key to mastering Nioh. The high stance lets you pull off stronger attacks that deal more damage, but are slower and cost more ki. Mid-stance is great for handling groups of enemies thanks to its wider sweeping attacks. Low-stance attacks are the quickest and deal the least damage, but also cost the least ki, making it ideal for dodging or quickly shaving off the last of a tough enemy's HP.

If you like the tactics of Dark Souls and the light/medium/heavy dynamics of a fighting game, it sounds like Nioh is the game for you.

Polygon's Philip Kollar and Arthur Gies praised the game's combat and challenge but criticized the gameplay design of its boss fights.

Nioh bosses have giant health pools, and each attack chips away only a small percentage of the whole. That aforementioned need to be at complete attention during a fight is a satisfying challenge when you're up against a couple of weaker enemies that go down in a minute or less. Those same demands stretched across 10-plus minutes for a boss fight become a grueling struggle to stay sane as you cautiously repeat the same dance of dodging and attacking over and over without a momentary slip-up.

Daniel Tack's review for Game Informer also found the game's environments to be too similar to one another, with environmental hazards more frustrating than fun.

Despite a few great locales, the overall scenery looks too much the same, with area recycling and repurposing. The environments also represent a real hazard to the player almost all the time. With pits of poison, trap doors, spike pits, rolling boulders and roof spiders waiting to pounce, death waits around every corner — and dying simply because you couldn't see it coming is frustrating. While you begin to check around every corner for the inevitable ambush and groan because every single room has a ranged bomb-thrower or cannon-sniper, some of the labyrinthine castles and dungeons are overly sadistic in their construction, as if a cackling developer is quietly watching and snickering as bats fly out of a cave, throwing you off a cliff.