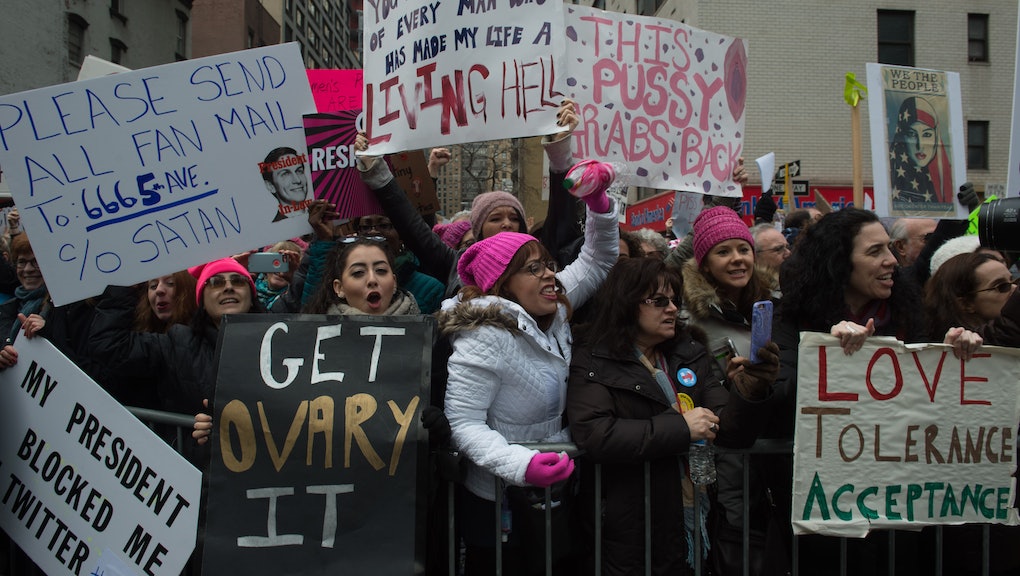 Critics of the burgeoning popular movement against President Donald Trump's policies have all had the same response: protest doesn't work. Now, organizers are trying to make sure those opponents of the protest movement are proven wrong — by shutting down businesses, offices, vital services and domestic work.

The activists behind the Women's March on Washington, a worldwide event that stands as the largest protest in U.S. history, announced Monday morning on Twitter that they will call for a general strike.

"The will of the people will stand," the organizers announced, though the date and demands for the strike are not yet determined.

The call for a general strike comes on the heels of similar calls for a nationwide strike from various organizers. In a column for the Guardian, author Francine Prose called for a "nonviolent national general strike."

Since then, a coalition of activists have taken up that mission, demanding a nationwide general strike on Feb. 17, naming five major demands: halting immigration bans and border walls, healthcare for all, no more oil pipelines, ending Trump's global gag rule against women's healthcare funding, and a demand for Trump's tax returns.

Thousands, if not tens of thousands, have already answered the call.

What is a general strike, exactly? A general strike is a wide-spread work stoppage, a kind of protest where workers make their disruption felt by putting a stop to the businesses and services that keep a society chugging along.

Just last week, Yemeni store owners and clerks closed their shops in NYC for a day to protest Trump's executive order banning immigration from seven Muslim-majority countries, making the impact felt across Brooklyn communities. And during the height of the protests at JFK International Airport, the Taxi Workers Alliance announced a short strike from picking up passengers at the airport.

On Inauguration Day, National Women's Liberation called for a women's strike in order to leverage the power women have not just in the workplace, but at home and in their relationships.

"Some women talk about housework and cleaning, but the span of work is vast," National Women's Liberation organizer Erin Mahoney said in an interview last month. "It goes from women striking from fake smiles, to emotional work in their relationships and communities — making everything flow invisibly, making sure everyone's feeling OK and boosting male egos."

We've reached out to the Women's March organizers for comment or more information about the strike, and will report additional updates as they become available.