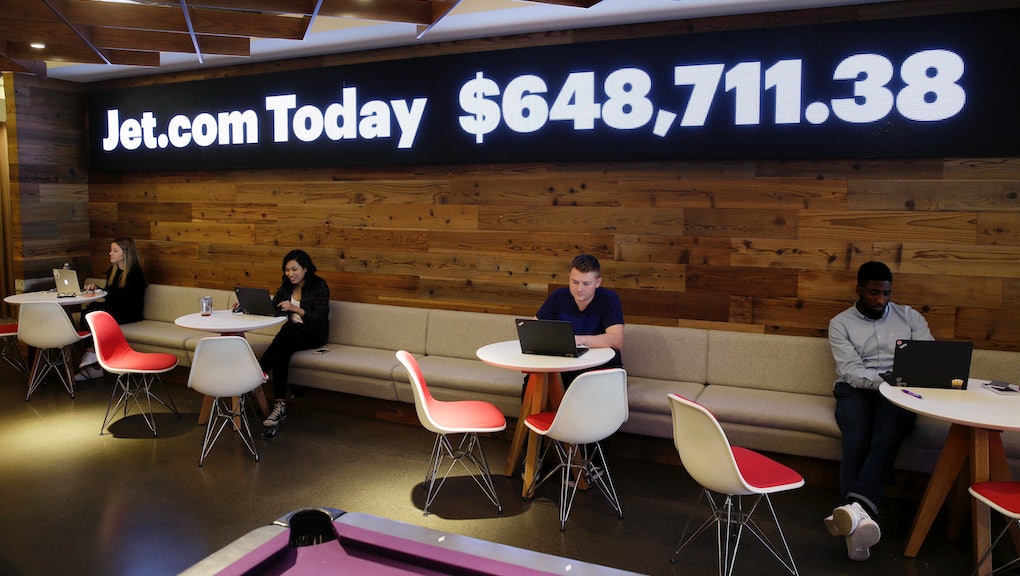 Jet.com — the e-commerce giant acquired by Walmart for $3 billion in August 2016 — appears to be quietly pulling Donald Trump and Ivanka Trump-branded apparel and perfume, Mic has found, after reviewing cached and current pages on the website.

At the time of publication, Jet still appears in a petition circulated by the #GrabYourWallet activist group, which encourages consumers to boycott any organization with which the Trump Organization does business.

And media reports about the boycott — in outlets including U.S. News & World Report and Business Insider — suggest that Jet did at one point sell both Ivanka Trump and Donald Trump product lines, and GrabYourWallet has posted archives of Jet's website that include numerous Trump-branded products.

But if you look for Trump brand items through Jet's search function today, the results look far more sparse than in the screenshots posted by GrabYourWallet.

Additionally, if you pull up individual items using a Google site search, several previously listed items can be found but appear to be unavailable to purchase once you pull up the product page.

Finding evidence that suggests Ivanka Trump-branded items are being removed is quicker: It's relatively easy to find numerous listings for her branded perfume and shoes if you look for them through a Google image search — but when you pull them up on Jet's site, all of the items Mic reviewed are listed as unavailable.

While Ivanka Trump-branded shoes will show up if you use Google, when you search for the items using Jet's own website, nothing comes up.

Jet isn't the only retailer to pull Ivanka Trump products in recent weeks — both Neiman Marcus and Nordstrom made similar moves.

While Jet appears to have removed some products from its virtual shelves, it is still far from Trump-free — a Trump search yielded several satirical children's books and "Make America Great Again" hats that appear to be sold by third-party retailers.

GrabYourWallet co-founder Shannon Coulter told Mic via email that petition would likely remove Jet from the boycott list on Tuesday.

"We vote with our cash," said Coulter. "We'll continue voting this way every day in favor of a more respectful, inclusive society."

A spokeswoman for Jet.com, responding to a call from Mic, would neither confirm nor deny the changes reported here.