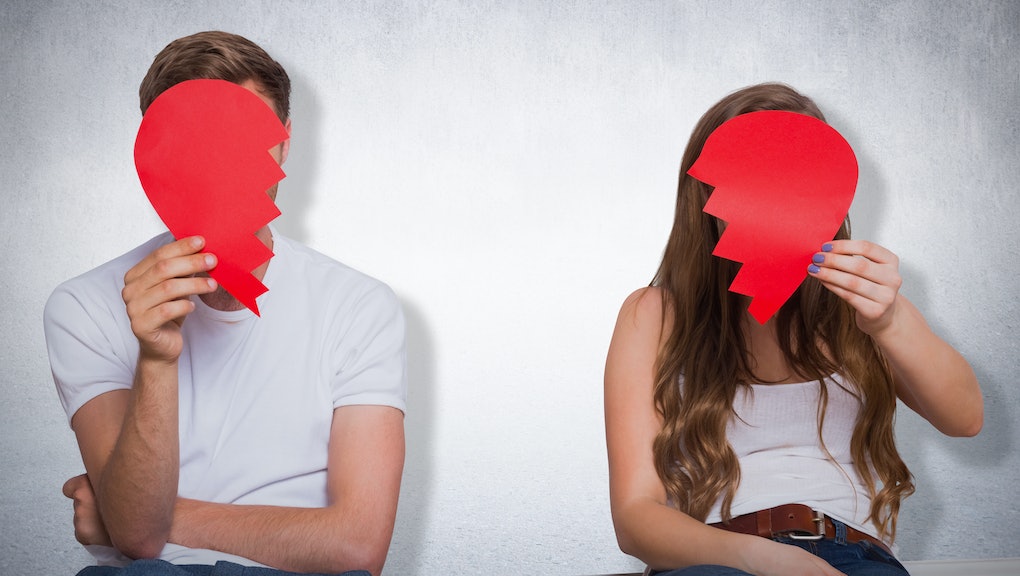 Emotional baggage, cheating, workaholism and "wanting different things" are all standard reasons why people call it quits in a relationship.

But then there's debt — a different sort of baggage, but a way more common cause for breakups than you might think.

Nearly 21% of people aged 25-35 chose debt as their biggest dating deal breaker, according to a new SoFi study published Tuesday, which surveyed 2,000 millennials.

That's the second most popular deal breaker: nearly as popular as workaholism, which 21.4% of respondents said would be their number one concern.

In fact, about 45% of respondents said they either have — or would consider — dumping someone because of debt.

But while close to half of these millennials would seriously consider ending a relationship over an empty piggy bank, many would not be forthcoming about their own debt — probably because it's a deal breaker for so many.

Nearly 40% of respondents would sooner reveal and discuss having an STD than outstanding debt.

Yes, that means two in five millennials would rather talk about an infection down below than disclose their student debt.

Yet another example of surprisingly sensitive details most people would rather reveal than their financial information.

If all this news leaves anyone straddled with debt suddenly worried they'll die alone and get eaten by cats, know that not everyone is hung up on your net worth: One in four respondents said they don't consider a partner's earning potential because they already earn enough money to support two people.

Even more encouraging, 64.2% of respondents said they are only "sometimes" worried about a partner's earning potential, but are "more concerned with their generosity of spirit."

Moral of the story? Managing debt sucks on many levels.

But, when it comes to the — priceless — relationships in your life, you might just want to offer to pick up the check once in a while.