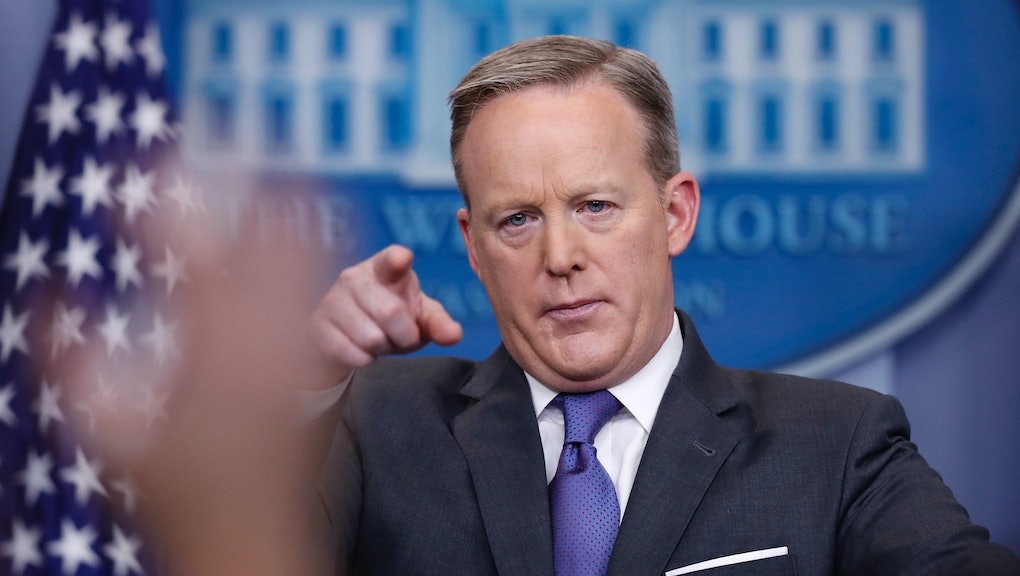 Someone found Sean Spicer's Venmo and then all hell broke loose

First, there was the gentle ribbing he was subjected to by Saturday Night Live on Feb. 4, during which comedian Melissa McCarthy portrayed him as a Super Soaker-wielding maniac. Then came the juicy bit of gossip from Politico that the White House was less-than-pleased with the SNL caricature, and concerned that it made Spicer look "weak".

And now, to top it all off, it seems that hapless trolls have stumbled upon Spicer's account on Venmo, the money transferring app, and have wasted no time in turning it into a tool to make his life an even fresher version of hell.

The discovery seems to have been made first by the Who? Weekly podcasters, who tweeted out a screen grab of an account with the username "@SeanSpicer" that has 27 friends.

From there, the internet took things into its own hands. Venmo users have been requesting Spicer for cold hard cash, citing reasons ranging from "Jan. 2017 bill for mental health counselor" to "Melania Trump security per day in New York" to "The Bowling Green Massacre (monthly bowling league dues)".

As New York Magazine points out, there's no verification system on Venmo, so there's no way to be sure of whether this is the real deal or an elaborate con. But direct your attention to the fact that "@SeanSpicer" has only two payments listed in his history — one to "Ryan Spicer" and "Shannon Spicer" (his IRL siblings' names) — and draw your own conclusions.