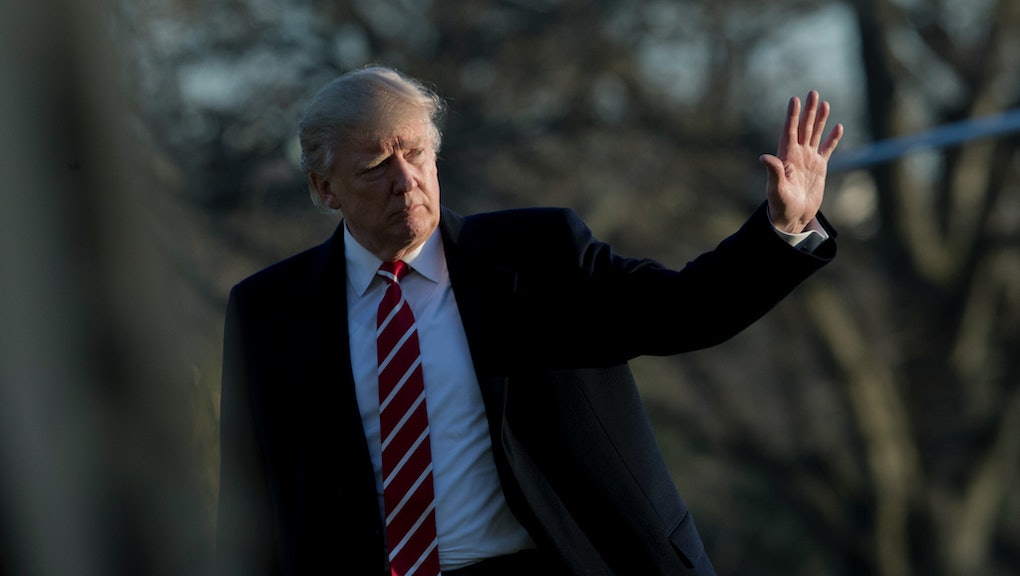 President Donald Trump claimed in a Tuesday morning tweet that he doesn't know Russian President Vladimir Putin and has "no deals in Russia."

His tweet was likely an effort to try and make his claim that the United States is just as bad as the Russian ruler when it comes to being "killers" look less disturbing.

That's a hard task as it is, with retired Army Gen. Barry McCaffrey calling the comment perhaps "the most anti-American statement ever made by the president of the United States." But it's even harder when Trump has bragged on numerous occasions about how chummy he is with Putin.

Since Trump claimed he has no relationship with Putin, we'll help jog his memory about all the times he bragged about his bromance with the Russian leader who squashes dissent by murdering his political opponents.

There wast that time in 2013, when Trump explicitly told an MSNBC interviewer that he has a relationship with Putin.

"I do have a relationship," Trump said during the interview, which took place in Moscow, where Trump was hosting the Miss Universe beauty pageant. "And I can tell you that he's very interested in what we're doing here today. He's probably very interested in what you and I are saying today and I'm sure he's going to be seeing it in some form. But I do have a relationship with him."

Then, there was that other time, in 2014, when he told an audience at the National Press Club that he spoke with Putin.

"I own Miss Universe, I was in Russia, I was in Moscow recently and I spoke, indirectly and directly, with President Putin, who could not have been nicer, and we had a tremendous success," Trump said. "The show was live from Moscow and ... we had tremendous success there and it was amazing, but to do well, you have to get the other side to respect you, and he does not respect our president, which is very sad."

As for his claim that he doesn't do business in Russia, that's another whopper.

For decades, Trump has sought to expand his empire into the country.

He held multiple meetings with Russian politicians about prospective projects, including a potential condominium project in Moscow.

"Russia is one of the hottest places in the world for investment," Trump said in a 2007, according to the Washington Post.

"We will be in Moscow at some point," he added.

Trump might think it's politically expedient to say he doesn't know Putin.

But his past comments blow a big, gaping hole in his claim.