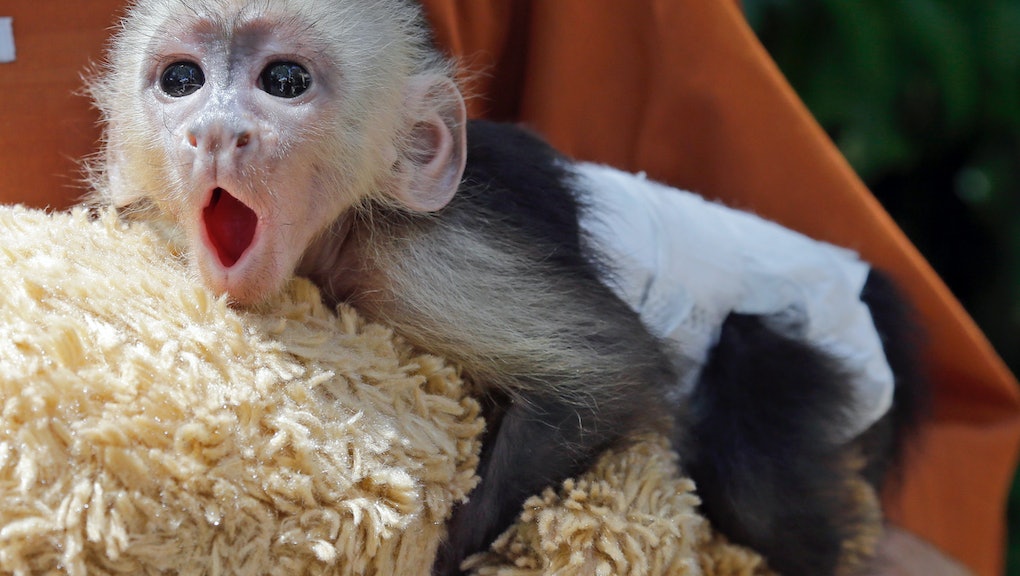 Even though it takes two to tango, the onus of pregnancy prevention falls heavily on women. But if a new study is any indication, that may not always be the case.

Vasalgel is a polymer gel that blocks sperm from swimming through the vas deferens, and may be effective for more than 10 years. It doesn't prevent ejaculation, but instead acts as a sort of sieve, separating sperm from seminal fluid. In strictly scientific terms, it makes the male subject shoot blanks for as long as the gel remains in place.

The study: The small-scale study involved 16 male monkeys, all of whom were injected with the gel. Post-injection, the monkeys were returned to the company of female monkeys and observed for at least one mating cycle, with researchers tracking seven of the subjects for two years.

During that time, none of the female monkeys became pregnant, even though the gel injection was misplaced in one instance.

By comparison with monkeys who had been given vasectomies — in other words, had their vas deferens cut and tied off — the complication rate was lower, suggesting that Vasalgel may be safer and perhaps more effective.

The study was published in the journal Basic and Clinical Andrology.

What's next: Before Vasalgel can be tested on humans, further trials will be needed to determine whether or not the product is indeed reversible and to confirm that it's safe. It's worth noting that a similar product called RISUG is already being tested successfully on men in India.

While the prospect of receiving a shot in the testes might make some people queasy, on the whole, the procedure seems about as invasive as having a small plastic device inserted, through the cervix, into one's uterus. Proponents of male contraception believe that, if solid options exist, people will use them.

"Before the pill [for women] was approved, the most commonly used contraceptive between married couples was the condom," David Sokal, a former vasectomy researcher and board chair for the Male Contraceptive Initiative, said in a February 2016 interview with Mic. "I believe men will use a contraceptive if they have a decent choice."

As Elaine Lissner, founder of the Parsemus Foundation behind Vasalgel, told Priceonomics, it's not like men aren't getting vasectomies — which, considering the fact that vasectomies are expensive and usually irreversible, is a fairly strong statement in support of male contraceptives.

"Between condoms and vasectomy, men are already covering about a quarter of the country's birth control," Lissner said. "Maybe generations ago you could say men were not interested, but that's not a thing today, and certainly not in developed countries."

So far, the main obstacle to bringing a male contraceptive to market has been cost — it's more lucrative for pharmaceutical companies to continue to fund female contraceptives, rather than to let that existing market be cannibalized by man-specific products.

Yet we have seen some innovations in the form of various pills and, recently, a hormonal shot. That proved effective if possibly unsafe, and introduced the male study participants to a few unfortunate side effects of hormonal birth control with which many women are all too familiar: erratic moods and depression.

That's why researchers and consumers alike are enthusiastic about long-lasting, non-hormonal birth control options. While this study will require many more layers of research, it's certainly a promising step in the right direction.