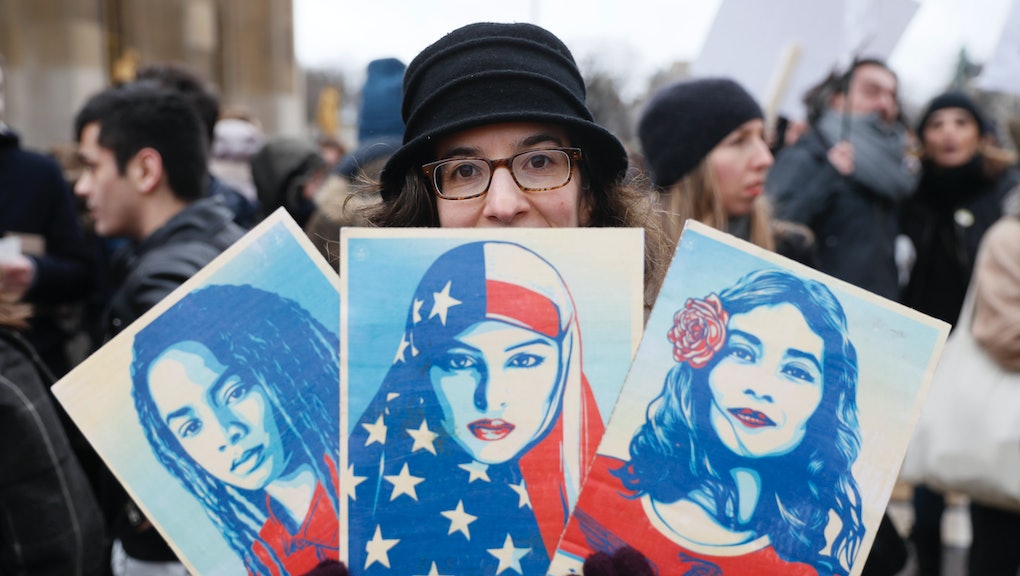 On Monday, 19 rabbis were arrested for protesting President Donald Trump's executive order on refugees and Muslim immigrants at the Trump Tower in New York City.

The protest consisted of about 200 Jewish clergy members holding up posters defending Muslims and refugees, beating drums and shaking tambourines at around 7 p.m. Rabbi Lauren Grabelle Herrmann, one of the rabbis at the protest, said the rabbis who were arrested — 11 women, eight men — belong to a Jewish social justice group called T'ruah.

"The T'ruah brought 200 rabbis to convene for a moment of crisis," Herrmann said in a phone interview. "The protest was very peaceful. There was singing, tambourines and the civil disobedience was calm. It was done in a very loving, positive message."

The rabbis were arrested for blocking traffic at the hotel as they prayed after their march through Manhattan's Upper West Side.

On Jan. 27, Trump signed an executive order banning all refugees for at least 120 days and immigrants and travelers from seven Muslim-majority countries for at least 90 days. On Saturday, the Department of Homeland Security temporarily suspended enforcement of the order after federal judge James Robart ruled a temporarily halt on the ban.

Herrmann, a rabbi for the Society for Advancement of Judaism, said it's imperative for Jewish and Muslim communities to work together and stand up for one another.