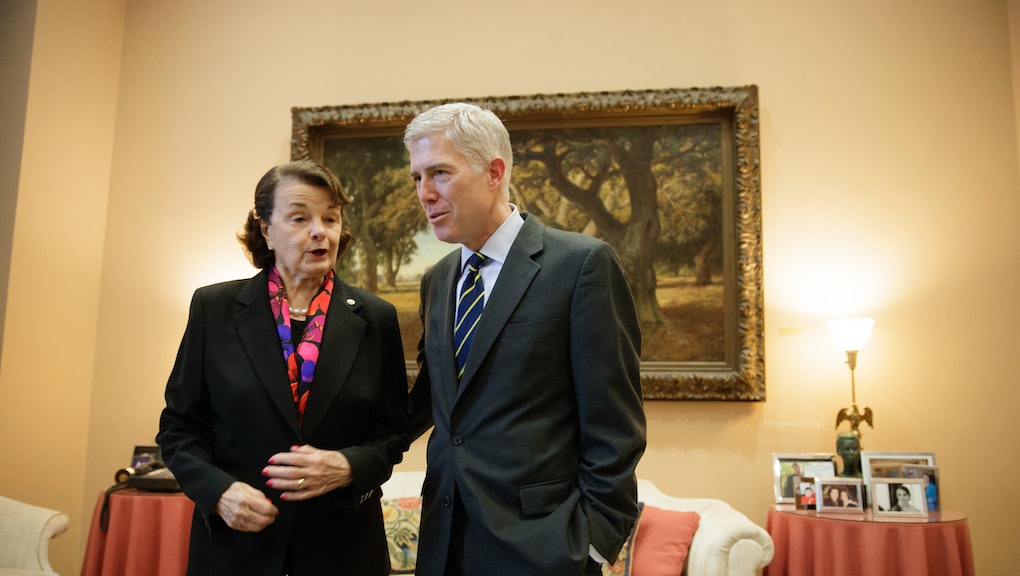 President Donald Trump ended months of speculation and picked Neil Gorsuch, a judge on the 10th Circuit of the United States Court of Appeals, to be his nominee to fill the late Antonin Scalia’s seat on the Supreme Court. The seat has been empty for nearly a year, as Republicans in the Senate refused to seat former President Barack Obama’s choice, Merrick Garland.

With the Senate gearing up for a confirmation battle, politically minded people everywhere are wondering where exactly Gorsuch stands on the important issues he’s likely to face while on the bench. Here’s a quick rundown of his most prominent positions.

Separation of powers – the idea that different branches of government have different rights and responsibilities – is  one of Gorsuch’s most dearly held positions. He has consistently sided with legislatures, not overruling laws passed by the lawmaking bodies of states. This practice of judicial restraint is a key characteristic of conservative jurisprudence, as opposed to the activist judge model favored by many liberals.

Gorsuch also seems open to increasing the power of the states, possibly even rolling back the Supreme Court’s interpretation of the commerce clause, according to the Denver Post, which allows the federal government to regulate interstate commerce.

Here is one where liberals won’t be happy. Though he’s never penned a decision on LGBTQ issues, Slate notes that his support for legislative supremacy, as noted above, would indicate that Gorsuch would likely side with the ability of states to ban gay marriage and pass other anti-gay laws, in opposition to the current Supreme Court ruling nullifying those laws.

The “fascism  forever” thing was a joke

In the days after Trump announced his pick, some in the liberal blogosphere had a conniption over news that Gorsuch had founded a “Fascism Forever” club while in school. Rest easy, though – the whole thing was a joke.

His stance on abortion is a mystery

For many on both sides of the aisle, abortion is a litmus test for judges; conservatives can never support someone who wouldn’t vote to overturn Roe v. Wade, while liberals can’t support someone who would. Gorsuch, for his part, has never penned a decision about reproductive rights. A book he wrote denouncing assisted suicide, though, could provide hints that he will not support women’s right to choose.

For instance, the book says that “the intentional taking of human life by private persons is always wrong.” Though he says that under Roe v. Wade’s precedent a fetus is not a person, his views could in theory be applied to abortion.