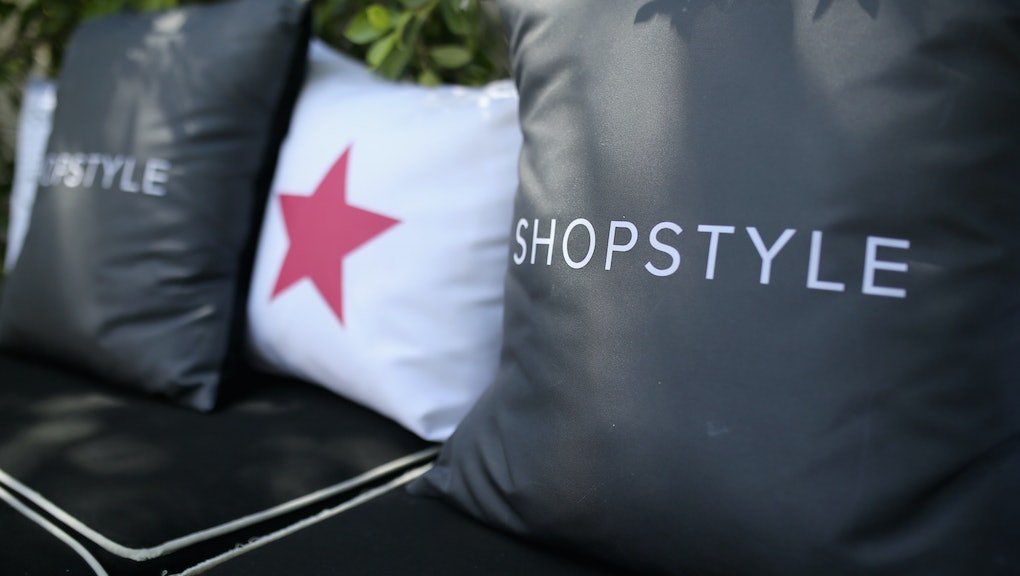 Retailer HSN.com and shopping search engine ShopStyle — which previously listed Ivanka Trump and Donald Trump-branded products — are pulling the merchandise from their websites, Mic has confirmed.

#GrabYourWallet founder Shannon Coulter told Mic via email that, based on her monitoring of the site, Trump-branded inventory on HSN has declined to zero.

ShopStyle appeared to still be in the process of pulling Trump items from its website, Coulter said, although she expected ShopStyle would be removed from the #GrabYourWallet boycott list later on Tuesday.

Searching "Ivanka Trump" on Google still brings up a handful of cached pages that show ShopStyle once sold Ivanka Trump's line of footwear. But as you can see in the screenshot below, items are now listed as "sold out."

If you run a site search through ShopStyle using the words "Ivanka Trump," no matches come up at all.

A Nov. 21 screenshot posted by #GrabYourWallet shows that searches for "Ivanka" on ShopStyle once returned more than a thousand matches, with branded dresses like the "Ivanka Trump Flutter Dress" displayed in results.

Today, no Trump-branded items immediately appear if you run a search for "Trump" on ShopStyle. Although you get 213 products listed, as of Tuesday morning, all appear to be novelty T-shirts and other designs from third parties.

The one exception is if you run a search for "Trump suits" on Shopstyle: Doing so still pulls up a few options, including a "Two-Button Side-Vent Striped Suit," which links out to Amazon.

As for HSN, Elle is already reporting that the company removed Trump items from its website — and Coulter announced on Twitter that the two companies, along with Jet, would be removed from the advocacy group's boycott list.

If you run a search for the name Trump on HSN, you get an extremely sparse set of offerings — mostly commemorative coins.

Before the ban, HSN was a retailer for Trump Home goods, according to screenshots captured by #GrabYourWallet.

According to Coulter, Trump inventory at all the retail websites monitored by #GrabYourWallet has declined 55% since the group last crunched the numbers.

When reached by Mic for comment, HSN confirmed this report and emailed the following statement:

"At HSN we are non-partisan and our product decisions are based solely on a continual evaluation related to our business. While we don’t take a political position at HSN, we recognize that our employees, our partners and our customers will have wide-ranging views on politics and public policy. That sometimes means people will have differences of opinion, but we welcome and encourage that diversity of thought."

A representative for ShopStyle said by email:

"ShopStyle is a leading fashion search engine. We do not hold inventory. When our major retail partners remove products from their site it is reflected on ShopStyle.com. Similarly, corresponding to the decline in demand for Ivanka Trump products our retailers are seeing, we saw the same decrease in demand. We are therefore removing Trump products from our database to allow higher performing products greater visibility on our platform."