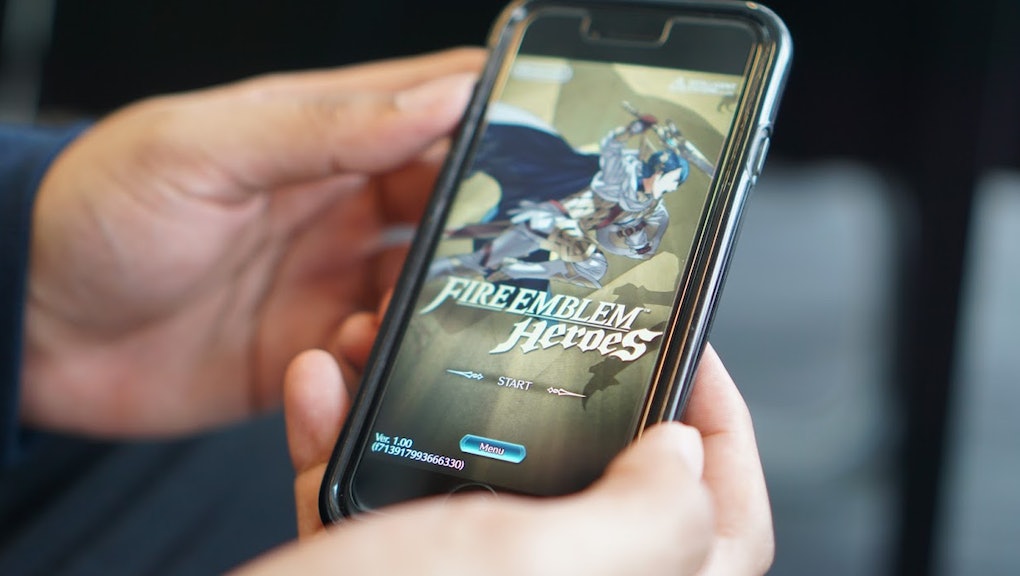 Fire Emblem Heroes has been out since Thursday, so at this point you're probably well on your way to beating the game with a formidable squad of heroes. But if Nintendo's new mobile hit is giving you trouble, we're here to help.

Mic has been hard at work explaining everything you could possibly want to know about Fire Emblem Heroes. Now we're putting it all in one place. Read on for a detailed breakdown of everything from how to summon the heroes you want to how to upgrade your castle in the game and earn extra experience.

What you'll find on this page (click the link to read the original article):

The summoning process is relatively straightforward, but there are some important things you need to know before you start spending orbs all willy-nilly.

As the game notes when you first tap the "Summon" menu, you'll receive a discount on summoning if you spend orbs in bursts rather than in little sips. For example, if you summon one character for the base price of five orbs, the next three characters you summon — as long as you don't exit the summon menu — will only cost four orbs. The fifth character will be discounted to three orbs.

The other thing that might be tripping you up is the term "focus." For example, the two pools you can summon from right now are "Focus: Legendary Heroes" and "Focus: Deep Devotion." Basically, what this means is that in each of those two pools, there are a select few characters that have a slightly higher chance of appearing — 3% more likely, in fact — than those in the regular five-star category.

If you tap "Details" at the bottom of the "Focus: Legendary Heroes" window, you'll see which characters have a higher likelihood of appearing when you summon from this pool by looking at the "five-star focus" category. In this case, it's Marth, Lucina, Tiki and Robin. The "Focus: Deep Devotion" pool will instead have a higher likelihood of yielding Lyn, Roy, Camilla and Takumi.

According to the in-game help menu, here's the rate at which characters of each rarity will appear from summoning:

Additionally, the in-game help menu notes that summoning multiple four-star characters (or lower) in a row makes it easier to eventually summon a five-star character.

Here's the full breakdown of how much your likelihood of summoning a five-star character will increase with each subsequent summon of a four-star or lower character.

Is your brain hurting from all this math yet? Basically, the big takeaway here is to make sure you spend your orbs in bursts of three or so rather than one at a time — that way, you'll take advantage of the discounts you'll get from summoning several times in a row.

Fire Emblem Heroes Reroll Guide: How to summon the characters you want

If the first heroes you summon are a big disappointment don't worry, there's an easy way to try again. Here's what you need to know.

If you don't get the character you want, it's time for you to reroll, a process that is slightly different on iOS and Android. Here's how to do it, according to Mediacraft.

First, you'll want to delete the game from your device if you haven't already done so. When you reinstall it, skip past the step where you link your Nintendo account. Play through the game past its initial tutorial level with the character Anna, and receive your free pack of orbs at the beginning. Then head to the Home Castle area and obtain two more orbs from the Owl inside.

Next, finish the first three Main Story quests to receive three additional orbs. Then you can return to the Summon page as you did originally and summon five units at once. If you got the character you wanted, feel free to link your Nintendo account. If not, you should uninstall the app and then reinstall it to go through all of these steps again until you're satisfied with your very first roll for a character.

Rerolling on Android is slightly easier: You don't have to delete the app. Instead, just open the Settings menu, select Apps, then Fire Emblem Heroes and then Clear Data. This will give you a fresh start and another chance to try summoning the best characters.

The rest of the process for Android is exactly the same as the iOS version. Just follow the steps outlined above and repeat until you get the heroes you want. By the time you've gone through these steps a few times you should have the characters you're looking for. Good luck!

Once you settle on a group of heroes, you'll want to upgrade them to their full potential. Here are a few tips on how to get them up to five stars.

As you might expect, the star rating attached to a hero determines how effective they will be in battle. Characters can range from one to five stars. However, characters won't come with the same star rating every time. Lucina can be a three-star character or a five-star character, for example. It depends on how lucky you get while summoning.

If you summon a lowly three-star Marth, don't worry. You can actually upgrade characters' star ratings. If you go to the "allies" menu on the home screen and select "advanced growth," you can use the "unlock potential" feature to increase star rating. For characters in the one to three star range, you'll need Hero Feathers to upgrade them. To upgrade four star characters, you'll need Hero Feathers and Great Badges, which you can get in the Sixth Stratum or the Training Tower. These characters also need to be at least level 20 to be upgraded.

There's one more way to give your characters a boost in 'Fire Emblem Heroes.' Here's how to merge to copies of the same hero into a more powerful version.

If you find yourself with two copies of the same character, you can merge them into one character that's stronger than either of the two individuals. To do so, tap "Allies," then "Advanced Growth" and then "Merge Allies."

You'll want to stick the weaker of the two characters in the "lose" slot, beefing up the stronger character in the process. Doing so, according to the in-game help menu, will raise that character's stats and give you some skill points — or SP — that you can use to purchase new abilities.

However, if the character you're sacrificing has a lower star rating than the character you're upgrading, you'll only get SP. Their stats will not increase. Additionally, if you upgrade a character's star rating after merging them with another character, any stat bonuses they gained from the merger will vanish. Still, merging allies is a great way to clean up that character roster a bit.

How to get hero feathers in Fire Emblem Heroes, and how to use them

Once your heroes hit level 20, you might think you're done upgrading them, but you're not. That's where hero feathers come in. Here's everything you need to know about this very important item.

Even though the game doesn't tell you when you first acquire them, hero feathers are used to upgrade characters once they've hit level 20, according to Twinfinite.

Once you have a character at level 20, select "Allies" from the main menu and then hit "Advanced Growth." This is where you can apply those hero feathers to upgrade them even more.

If you're on the hunt for more hero feathers, the best way to get them is to keep engaging in battles. At the end of each battle, you'll get an assortment of items, some of which may be hero feathers. Additionally, the characters walking around in your base — which you can see by selecting "Home" along the bottom of the main menu — will occasionally give you items. Sometimes, those items will be hero feathers. You can tell a character has items to give you if they're glowing.

Finally, if you're done summoning new heroes for your time you may want to use some orbs upgrading your castle instead. It's a great way to boost your experience gains. Here's how it works.

Did you know you can spend just one orb to permanently increase your experience gains by 20%? It's true!

To do so, click the "Shop" icon next to the "Summon" icon along the bottom of your screen. Here, you can purchase the "Torchlit Castle" upgrade for one orb, which will increase the experience you gain by 20%. This increase in experience will help your characters level up more quickly, allowing you to eventually increase their star rating more quickly too.

As you purchase more castle upgrades, more will become available. For example, the next upgrade you can purchase after getting the Torchlit Castle is the Columned Castle, which costs two orbs and will increase your experience gains by 40% instead of 20%.

So, next time you have some orbs burning a hole in your pocket, consider buying a castle upgrade instead of summoning a new hero.

That's it for now, but stay tuned for even more Fire Emblem Heroes guides and a full game walkthrough (here's part one) coming soon.