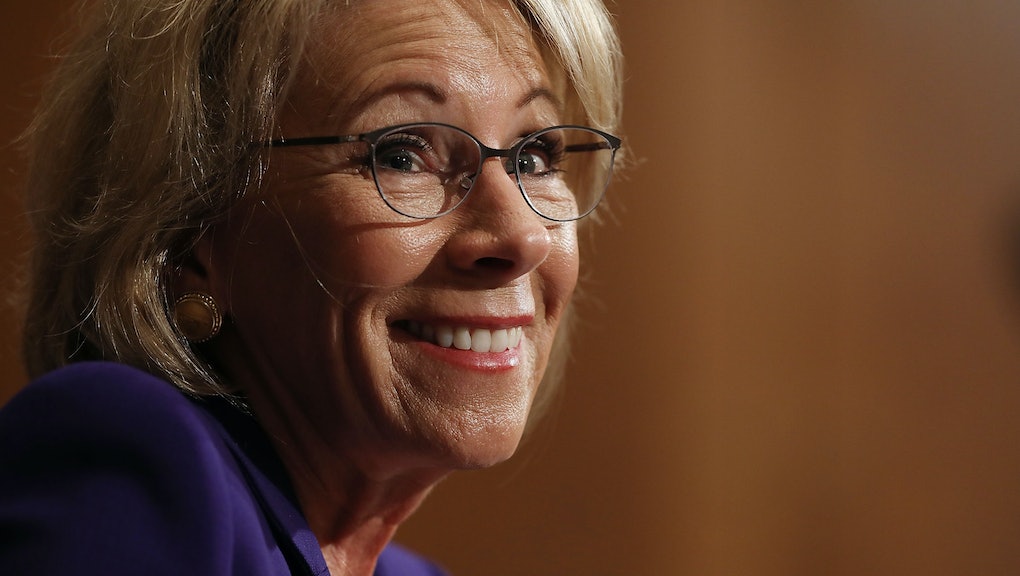 As of Tuesday, the secretary of education became Betsy DeVos, a charter school champion unable to answer basic questions at her confirmation hearings. No Democrats voted for her, and two Republicans defected to join them. That meant Vice President Mike Pence had to step in with the tie-breaker.

Though she doesn't have much of a résumé in public education, DeVos and her family have been proud donors to the Republican party and its candidates for decades.

Of the 50 Republican senators who voted in favor of DeVos' confirmation, 22 have taken donations over the past few decades from DeVos, her family and affiliated PACs.

Here's how much each of those senators took since 1980:

The sum total comes to $894,350 — that's how much DeVos' family and affiliated PACs donated to Republican candidates throughout the years.

The only Republican senator who received donations from DeVos' family and didn't vote for her confirmation was Alaska's Lisa Murkowski, who's received $43,200 from the DeVos family over the years.

DeVos has been clear about the intentions behind her donations in the past, saying explicitly that she expects a return on her investment for campaign contributions.

"I have decided to stop taking offense at the suggestion that we are buying influence," DeVos wrote in 1997 for a local D.C. paper called Roll Call. "Now I simply concede the point. They are right. We do expect something in return."

Well, she got something: a powerful job.